David Warner's Test debut lasted just three balls before he was out for three in a sensational start to Australia's first innings in the opening Test against New Zealand at the Gabba on Friday. 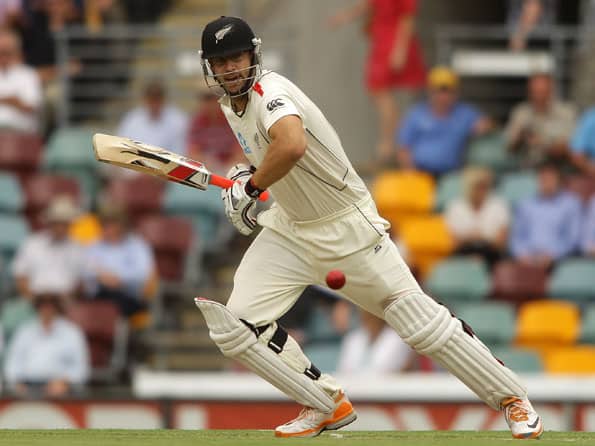 David Warner’s Test debut lasted just three balls before he was out for three in a sensational start to Australia’s first innings in the opening Test against New Zealand at the Gabba on Friday.

Australia’s openers Warner and Phil Hughes had just two overs to negotiate up to lunch after the Black Caps were dismissed for 295.

Kiwi skipper Ross Taylor surprised by throwing the new ball to spinner Daniel Vettori to open the bowling from which Warner hit a streaky three.

But on the first delivery of paceman Tim Southee’s next over, Twenty20 specialist Warner failed to get out of the way from a lifting delivery and was caught off the gloves by wicketkeeper Reece Young to send the players off for lunch with Australia three for one.

It gave New Zealand a huge confidence lift after they had added 121 runs for their last five wickets with Dean Brownlie, dropped twice when he was on three, remaining unbeaten on 77.

Australia bowled too short and wayward in the extended morning session after rain on Thursday and it took the home side 17.5 overs before getting the wicket breakthrough.

Vettori was in sight of his first Test century against Australia when he inexplicably set off for a quick run to mid-off only for Mike Hussey to run him out with a direct throw at the bowler’s end.

Vettori, who came to the crease with the Black Caps tottering at 96 for five just after Thursday’s lunch, lay prone in disappointment as he sprawled to make his ground and was out for 96 in just over three hours with 10 boundaries.

He put on a Gabba record sixth-wicket stand for New Zealand of 158 with Brownlie, eclipsing the previous best of 95 between Nathan Astle and Chris Cairns at the ground in 2001.

Young was out for two in the next over by Peter Siddle, edging to Michael Clarke at first slip, who this time comfortably accepted the chance after botching a similar effort when Brownlie was on three on Thursday.

Doug Bracewell laboured for 18 balls without a run before he played against Nathan Lyon’s spin and edged to Clarke at slip.

Lyon wrapped up the New Zealand innings with the wickets of Tim Southee for 17 and Chris Martin for one to finish with four for 69 off 21.5 overs.

Australian-born Brownlie batted for 249 minutes and faced 175 balls for his 77. (AFP) 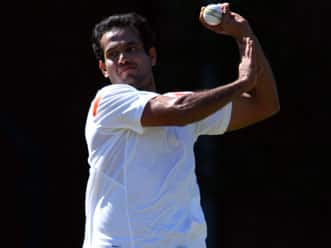