Australia on Friday made five changes for next week's one-off Twenty20 international against the West Indies in Brisbane.Selectors were forced to bring in new players with five T20 team regulars in India preparing for Australia's four-Test series. The likes of Ben Rohrer, Nathan Coulter-Nile and Josh Hazlewood were picked to play for Australia for the first time © Getty Images

Australia on Friday, made five changes for the one-off Twenty20 international against the West Indies in Brisbane, to be played on Wednesday.Selectors were forced to bring in new players with five T20 team regulars in India preparing for Australia’s four-Test series.

Ben Rohrer, Nathan Coulter-Nile and Josh Hazlewood were chosen for the first time, while wicketkeeper Brad Haddin and paceman Clint McKay have previously played for Australia in the T20 format.

David Warner, recovering from an injured thumb, along with Matthew Wade, Mitchell Starc, Glenn Maxwell and Xavier Doherty will be in India at the time of next Wednesday’s match at the Gabba.

“Ben Rohrer had an outstanding season in the Big Bash League with the Melbourne Renegades in the middle order and Nathan Coulter-Nile has shown very good form in all three formats throughout the summer,” chairman of selectors John Inverarity said.

“Brad Haddin and Clint McKay are experienced campaigners and Josh Hazlewood is one of our very promising young pace bowlers who has recently regained full fitness.”

Inverarity said with the Test squad in India the T20 international on February 13 would provide more players with international experience. 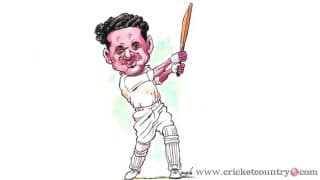