Greg Matthews feels that an indigenous women's team will only help Australian cricket.

Former Australian cricketer Greg Matthews has called for the creation of a separate indigenous women’s team in Australian cricket and has also praised the four teams that took part in the Imparja Cup in Alice Springs recently.

“At last the girls are starting to get a few crumbs, but it’s a beginning and while the girls need to be a little bit patient, there seems to be a career path there for them, so it seems to be a no-brainer to me. We have to be sure that we’ve identified the talent, that it’s not tokenism and that there is that street-cred and self-respect,” said Matthews who feels that a team should be in place when the selectors feel there is enough talent to field an indigenous women’s side, reported au.news.yahoo

“Because if you don’t have a good foundation, it’s just going to dissipate,” concluded Matthews who also said that such a decision will only add to Australian cricket’s benefit.

Matthews concluded by saying that women’s cricket in Australia has seen a 20 percent jump currently and also maintained that the creation of such a team will only contribute towards the sport’s rise in the country. 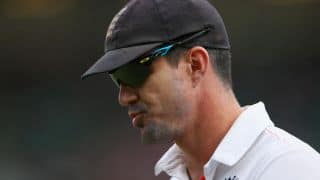