India vs Australia: James Pattinson, who didn't feature in the first two Tests, will not be replaced in the Test squad. Australia fast bowler James Pattinson has been ruled out of the third Test against India after he suffered a fall at his home and suffered heavy bruising to his ribs. Pattinson was on approved leave following the conclusion of the second Test which India went on to win by eight wickets.

Pattinson, who didn’t feature in the first two Tests, will not be replaced in the Test squad but his fitness will be assessed before the fourth and final Test to be played in Brisbane.

Even though Australia would be fielding the same pace trio of Pat Cummins, Josh Hazlewood and Mitchell Starc, Pattinson was expected to be a certain replacement if either of the first-choice pacers were to suffer a fitness issue.

The 30-year-old last played a Test against New Zealand in January 2020.

Michael Neser and Sean Abbott are the other specialist fast bowlers in the Australia squad and can be summoned if needed. The four-match series is currently locked at one-all with the third match to be played at the Sydney Cricket Ground from January 7.

Australia are also sweating on the fitness of opener David Warner who has been added to their squad alongside Will Pucovksi after struggling Joe Burns was dropped. Warner is racing against time to get fit for the third Test with the hosts indicating that the opener may end up playing even if not 100 per cent fit.

Matthew Wade, who has opened in the first two Tests, expects Warner to play. “We expect David to play, so it’ll either be me opening with him or they’ll make a change,” Wade said on Sunday.

Both the teams are set to fly to Sydney from Melbourne today. 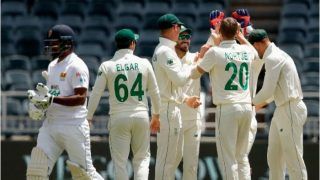 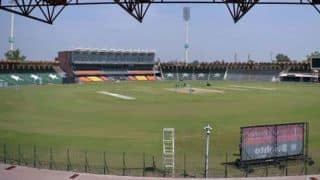