Six other young guns are also in line to receive their maiden Baggy Green in the coming month.

With only two weeks to go for the women s Ashes 2017-18, Australia have announced their squads for 3-match ODIs as well as the day-night Test on Tuesday. Left-arm quick Lauren Cheatle and all-rounder Tahlia McGrath have been recalled for for both ODIs and Tests. Six other young guns are also in the line to receive their maiden Baggy Green in the coming month. Cheatle will make an international comeback after undergoing shoulder injury earlier this year. The squad for the three T20Is will be announced following the third ODI on October 28.

From the squad that travelled to Women s World Cup 2017, only two faces have been added to 14-member team: Lauren and Tahlia. Meanwhile, quicks Sarah Aley and Belinda Vakarewa, along with injured captain Meg Lanning, have been ruled out of the tournament as well as the entire summer. Lauren made her international comeback through NSW Lend Lease breakers in their Women s National Cricket League clash against Victoria. However, she went wicketless, ending with figures of 0 for 31 in her 7 overs, as reported on cricket.com.au.

McGrath has been recalled having played one ODI for Australia, against South Africa in Coffs Harbour last November. Tahlia battled stress fracture during the off season. But she came well against South Australia on Sunday scoring 80.

Amongst the newbies, Ashleigh Gardner and Amanda-Jade Wellington could earn maiden Test call-up after their impressive start to international career over the past year. Amanda-Jane had scalped a wicket on her first delivery in international cricket last November. Ashleigh, on the other hand, became only the second indigenous woman to play for Australia earlier this year when she made her T20I debut against New Zealand.

Speaking about the selection process, national selector Shawn Flegler explained the tough procedure, This was a really tough selection process for the Panel with some talented players missing out, but we re confident we have selected a balanced side that has the potential to beat England and retain the Ashes. Of the 15 players selected across the weekend, eight posted scores of 50 or more for their domestic sides, including four centuries, whilst fast-bowlers Lauren Cheatle and Tahlia McGrath made successful returns from injury.

The Australian women will hosts England for the first ODI at the Allan Border Field on October 22. 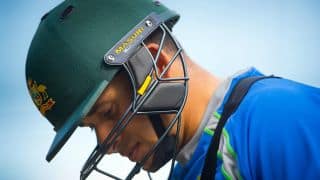 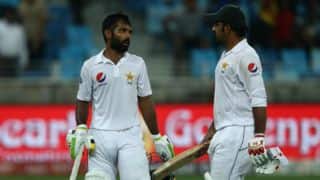