Top-order batsman Shaun Marsh was recalled to Australia's Twenty20 side on Monday, joining others who impressed in the domestic Big Bash League to take on Sri Lanka later this month. 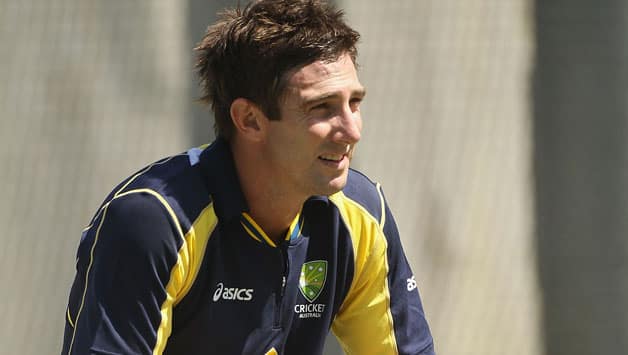 Top-order batsman Shaun Marsh was recalled to Australia‘s Twenty20 side on Monday, joining others who impressed in the domestic Big Bash League to take on Sri Lanka later this month.

Chief selector John Inverarity said Marsh was among six players in the squad who did not feature in last year’s ICC World Twenty20 event in Sri Lanka, where Australia were beaten by the West Indies in the semi-finals.

“Each of these six, Aaron Finch, Shaun Marsh, Adam Voges, Ben Cutting, James Faulkner and Ben Laughlin has shown outstanding form in the T20 format over the past two months,” said Inverarity.

“Their performances have been compelling and we anticipate they will take this momentum into the two fixtures scheduled for 26 and 28 January.”

Marsh was the BBL’s highest run-scorer, finishing with 412 runs, while Finch was player of the tournament. Laughlin was the leading wicket-taker on 14, closely followed by Cutting, with 13 wickets.

Cutting is the only player not to have previously represented Australia in the T20 format.

“We’ve just picked the best squad that we can,” Inverarity said.

He said Marsh’s form had been “absolutely compelling”.

“He’s batted brilliantly and we all know how well he can play when he’s in a good space and he seems to be in a very good space at the moment,” Inverarity said.

Australia play two T20 internationals against Sri Lanka, one in Sydney on January 26 and in Melbourne on January 28.

They have already completed a clean sweep of the three-match Test series but trail the tourists 2-1 in the one-day series, with Sunday’s fourth game rained off and the series decider to be played on Wednesday in Hobart.