The two domestic spinners are in Dubai to bowl at Australia s batsmen as they brace to face the legspin threat of Yasir Shah and Shadab Khan.

Australia have called on the services of the wrist-spinning pair of Pardeep Sahu and KK Jiyas as part of Justin Langer s preparations to get the touring batsmen playing as much spin as possible ahead of the Test series against Pakistan in the UAE.

Along with former India allrounder S Sriram, who has returned for a stint as consultant coach of Australia, the two domestic spinners are in Dubai to bowl at Australia s batsmen as they brace to face the legspin threat of Yasir Shah and Shadab Khan in the two-Test series next month.

Leading a crash course in playing wrist spin were the former Haryana legspiner Sahu, who played alongside Test hopeful Aaron Finch at Kings XI Punjab in the IPL in 2016, and left-arm wrist-spinner Jiyas, who in 2017 bowled to Australia during their tour of India.

After a hard day s slog in the sapping Dubai heat, Australian pace bowler Peter Siddle told cricket.com.au that having Sridharan, Sahu and Jiyas explain the intricacies of wrist-spin was beneficial.

“We’re pretty lucky that our spin bowling coach Sri is from India and gladly dragged over a couple of mates of his from back home, he said. “They’re experienced and they’re very good bowlers in their own right. They’re putting in a good contest in the nets, they’re bowling a lot of overs.

“In the past we’ve come into series, worked hard on spin, but not specifically on (their opponents’) bowling, what deliveries they bowl and the cues to watch as a batter. They (Pakistan) have got two star legspinners, Yasir Shah who we’ve played before, he’s a great player and Shadab Khan, who’s been playing and we expect to line up.”

Sahu, 33, last played in the IPL in 016 and his last match for his state side was in 2011. Jiyas, who fails from Kerala, has not played cricket beyond the club level but was signed by IPL franchise Delhi Daredevils in 2015 after impressing with his chinaman deliveries. In March 2017, while working with the Australian team, Sriram had Jiyas bowl at the nets in Chennai before the start of the Test seres. Interestingly, the 26-year-old was nicknamed the Kerala Maxwell because of his resemblance to the Australian allrounder Glenn Maxwell.

After nets at the ICC Academy on Monday, Sahu – who once took all ten wickets in an innings during a club game – spent time talking to Australia s batsmen about wrist spin.

“They’ve been able to jump in and give us little tips on their ideas and the different types of deliveries that they have, what to watch and what to look out for,” said Siddle. “It’s definitely helping the batters in this group, they’ve learnt a lot in the couple of days they’ve got to work with them. All this planning is great to get done early. When the practice match comes we can work on a game focus and see the improvements there.

During Australia s last tour of the UAE in 2014, Yasir took 12 wickets in Pakistan s 2-0 Test series victory. And with fellow legspinner Shadab part of Pakistan s setup, Langer is determined to get as much spin exposure as possible.

“Spin bowling is going to play a massive part, they’re going to bowl a lot of overs, a lot more than the quicks,” said Siddle. “It is good to really concentrate on different deliveries and that type of bowling. Shabab and Yasir are both legspinners, they both bowl totally different. Making the most of the leg-spinners that we’ve had in the nets here their change-ups have really helped us.

The first Test between Pakistan and Australia starts October 7 in Dubai, followed by the second Test in Abu Dhabi from October 16. 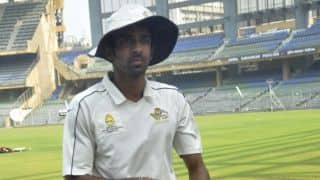 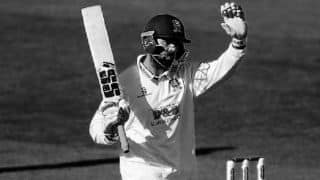