Sydney: Cricket Australia Tuesday hailed record-breaking crowds during the 2015-2016 season, which it said proved the sport was in good health. New figures showed 1,727,270 people flocked to international games or the Big Bash League, making it Australia‘s most attended cricket season on record. Of the total, 696,775 watched Test cricket, including 123,736 who passed through the gates of the Adelaide Oval for the historic day-night pink ball clash against New Zealand. Australia also hosted the West Indies for a Test series and India for one-dayers and T20s. The season was also marked by a record 80,883 people packing the Melbourne Cricket Ground for a Big Bash League clash between the Renegades and the Stars.

Cricket Australia said television and online audiences also soared, with growth on its Facebook, Twitter and Snapchat accounts. Chief executive James Sutherland said the public response demonstrated the sport was more popular than ever. “2015-16 has been an outstanding season for cricket in Australia,” he said. “The numbers of people who have followed the game, either by attending a match or following it on TV or online, strongly suggests that cricket is our country’s number one summer pastime.”

Meanwhile, Australian selectors on Tuesday dumped Aaron Finch as captain in favour of Steven Smith for the World Twenty20 which begins next month in India, while Peter Nevill replaces Matthew Wade as wicketkeeper. Finch has been skipper since October 2014 but with Smith already captain of both the Test and one-day team, national selector Rod Marsh said it was the right time for him to now take over in the shorter format. “Aaron Finch has done a very good job captaining Australia in T20 cricket. He will have benefited enormously from the leadership opportunity and will remain a highly-respected leader within the Australian squad,” said Marsh. 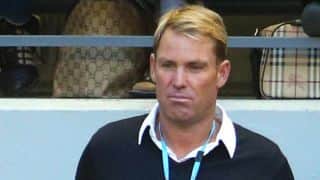 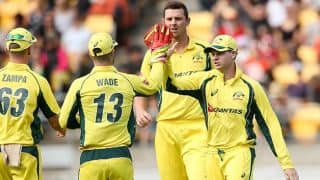