Australia collapsed to their fourth lowest total in Test cricket, managing a paltry 47 in their second innings against South Africa on Thursday. 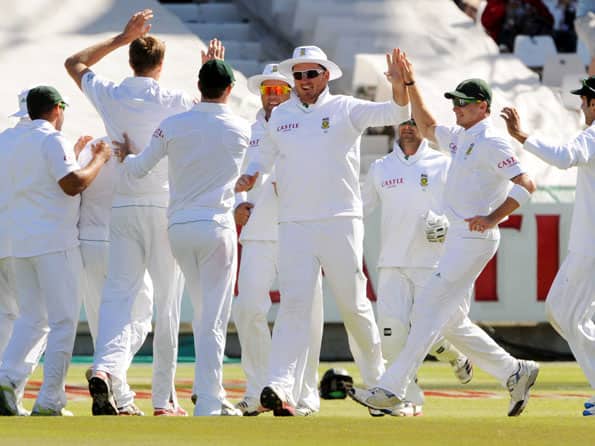 Australia collapsed to their fourth lowest total in Test cricket, managing a paltry 47 in their second innings against South Africa on Thursday.

In fact, Australia were on the verge of being bowled out for the lowest ever Test total when they were 21/9, still five shy of New Zealand’s 26 all out against England in 1955, but Peter Siddle (12) and Nathan Lyon (14) added 26 runs for the last wicket to save them the ignominy.

The carnage started with Shane Watson’s mesmerizing bowling spell that caused havoc in the South African batting camp and saw them bundled out for 96 in the first innings, handing Australia a lead of 188 runs.

But it was just the beginning of the high drama that followed.

Australia were all at sea against South African quickies. Vernon Philander had a dream debut as he picked up five wickets for 17 runs while Dale Steyn (2-23) and Morne Morkel (3-9) gave no breathing space to the Australian batsmen.

The second day began with Australia resuming their first innings at 214/8 with centurion Michael Clarke at crease.

Clarke, who added 59 runs with Peter Siddle (20), took Australia to 284 before being bowled by Morkel.

At stumps on the secpnd day, South Africa were 81/1, still needing 155 runs for victory. (IANS)