Despite the 0-5 margin, Tim Paine is optimistic about Australia's 2019 World Cup campaign.

Australia captain Tim Paine insisted the reigning champions would be “right in the thick of” next year’s World Cup despite a 5-0 ODI series loss to 2019 hosts England. Paine’s men were on course for a morale-boosting win when they reduced England to 114 for 8 in the fifth ODI at Old Trafford on Sunday. But they were ultimately made to pay for posting a total of just 205 themselves as Jos Buttler’s unbeaten 110 saw England to a thrilling 1-wicket win with 9 balls to spare.

Australia, who still have a lone T20 International at Edgbaston on Wednesday before their tour ends, arrived in England without six senior players. Former captain Steve Smith and his deputy David Warner, two of the world’s leading batsmen, were both given year-long bans for their roles in the ball-tampering scandal that marred a Test match against South Africa at Cape Town in March a fiasco that led to Paine being parachuted in as the new skipper.

They were also without injured Ashes-winning fast bowlers Mitchell Starc, Pat Cummins and Josh Hazlewood, while all-rounder Mitchell Marsh was sidelined too.

Yet even when they have been at full-strength, Australia have struggled in ODI cricket lately, with Sunday’s loss a 16th defeat in their last 18 completed matches in this format.

But for all England are now number one in the ODI world rankings, they have never won the World Cup, with the last of their three losing appearances in the final back in 1992.

Australia, by contrast, have won the World Cup five times and Paine believes they can draw on a reservoir of knockout knowledge come next year’s edition: “We have a number of players who are out, whether they are back or still injured, we’re not sure,” he said. “What I do know is … We have a number of players in this squad who have played in and won World Cups, so they know what it takes. I’ve heard a few times that this team doesn’t have a plan, or it doesn’t know where it’s going, but we have a clear direction.

“We know we are a long way off the mark at the moment but a World Cup is not for 12 months and we know when we get our best team on the park, playing our best cricket, we are going to be right in the thick of it.”

But whether Paine is involved remains open to question. It appeared the combined cares of captaincy and keeping were weighing heavily when he dropped a simple catch during the fourth ODI in Durham, while he scored just 36 runs in 5 innings this series.

Alex Carey, Paine’s heir-apparent with the gloves, topped that in just one knock when he, playing as a specialist batsman, made 44 on Sunday.

“I’ve said a few times before when you are my age it’s a bit foolish to look ahead,” Paine also told reporters. “Certainly, I am really looking forward to captaining the Test team and continuing how I have been playing in that format. But where I go with the rest of my cricket is something we will discuss in the coming weeks.”

Meanwhile, Paine lamented Australia’s failure to put a “full game” together in this series: “Every time England have put us under pressure, with the bat or the ball, we have stumbled a little bit.”

For England, whose 481 for 6 during a 242-run win in the third match of the series was a record total in any men’s ODI, there was the satisfaction of winning a game when all seemed lost. “Winning games when you didn’t deserve to, they’re almost the more enjoyable ones,” said Buttler.

Asked if anyone else in the side could have played in similar fashion to Buttler, England captain Eoin Morgan replied: “Probably not. To produce an innings like he did … He managed to get us over the line somehow … It’s outstanding.” 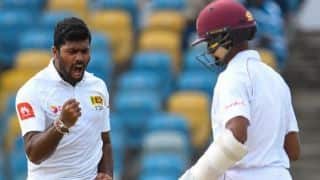 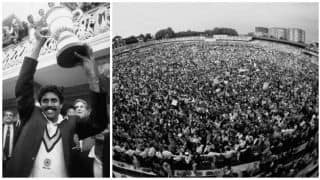