ICC match referee Chris Broad said he had received no official complaint from Sri Lanka despite reports about alleged ball tampering by Australia in the ongoing first Test in Hobart. 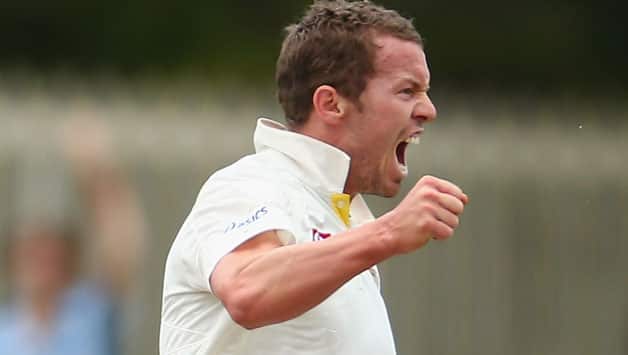 Peter Siddle picked up five wickets in Sri Lanka’s first innings, where he was later accused of ball-tampering during the 88th over Getty Images

ICC match referee Chris Broad said he had received no official complaint from Sri Lanka despite reports about alleged ball tampering by Australia in the ongoing first Test in Hobart.

Sri Lanka‘s team management has expressed concerns over footage it believes shows paceman Peter Siddle tampering with the ball during the first innings.

The tourists’ team manager Charith Senanayake said he had spoken with the International Cricket Council officials about the matter.

“All that happened is we have had informal chats with the match referee about what happened about what we saw on TV everybody saw it and we just asked what action are you going to do about it, that’s all,” Senanayake told The Australian newspaper.

“It’s unofficial, but it’s on video and the whole world has seen it so let’s see what action they will take.”

The ICC issued a statement acknowledging that Broad was aware of Sri Lanka’s reported concerns.

“ICC match referee Chris Broad is aware of the media reports coming out of Sri Lanka on the ball issue,” the statement said.

“The Sri Lanka team has made no official complaint about the ball.”

A still picture of the alleged incident has since surfaced on social media.

“Management believes broadcast cameras may have captured Siddle using his fingernails to raise the seam of the ball in the 88th over of Sri Lanka’s innings,” the ESPNCricinfo website said.

“Now this is a serious matter and we understand that the Sri Lankan management had brought this ugly side of the game to the notice of the match referee,” the newspaper’s correspondent at the match reported.

“The players were seen trying to up the seam using their fingers so as to give undue advantage to their bowlers.”