Australia and Sri Lanka were both battling injuries to key players ahead of the third and final Test starting in Colombo on Friday. 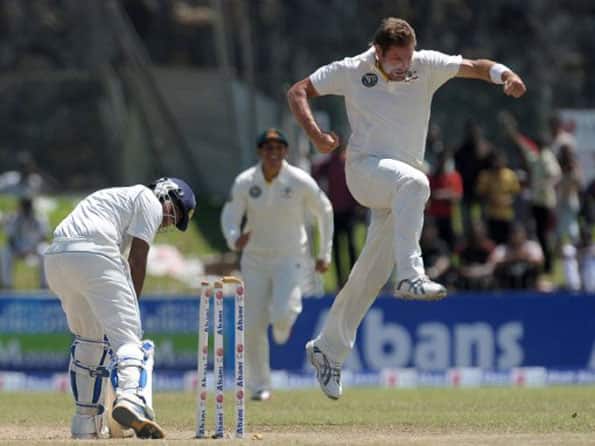 Australia and Sri Lanka were both battling injuries to key players ahead of the third and final Test starting in Colombo on Friday.

Australia’s frontline fast bowler Ryan Harris was due to undergo scans on a hamstring strain later on Tuesday, while Sri Lanka’s unorthodox spinner Ajantha Mendis was ruled out with a back injury.

Harris, nicknamed ‘Rhino’ for his strong physique, complained of a stiff hamstring on the final day of the drawn second Test in Pallekele on Monday and went off the field.

The 31-year-old has been Australia’s most successful bowler in the series with 11 wickets, including a five-wicket haul in the first Test in Galle that fashioned Australia’s 125-run victory.

“He is one of those guys you want in your team,” said Australian captain Michael Clarke.

“He’s having a big impact in this series and certainly been doing the business for us. He’s a strong bloke and will do anything to get on the park. We’re confident that if the scan shows nothing, he will certainly be available for the third Test.”

If Harris is unfit, Australia have two other seamers, Peter Siddle and James Pattinson, to choose from. Neither has played in the series so far.

The fitness of Harris is not the only worry for Clarke, who must decide which of his batsmen will sit out when former captain Ricky Ponting returns for the final Test.

Ponting missed the Pallekele Test to fly home for the birth of his second child and his replacement, Shaun Marsh, responded with a brilliant 141 on his debut.

The selectors face a tough choice and could drop either opener Phillip Hughes or middle-order batsman Usman Khawaja to make room.

Hughes has made 76 runs in three innings so far, while fellow left-hander Khawaja scored 60 in as many outings.

“It will be a tough call on whoever is left out,” said Clarke. “We must work out who the best six batters are for the Test. Once we do that, it’s up to me to decide the batting order.”

Sri Lankan captain Tillakaratne Dilshan said Mendis will not be available for the final Test at the Sinhalese Sports Club.

Mendis was not picked for the first Test but was set to play in the second before a back injury on the eve of the match ruled him out.

“He is out for the next Test,” said Dilshan. “He needs to rest for another two weeks.”

The captain was confident left-arm spinner Rangana Herath will be fit to play after missing the second Test with a finger injury sustained during practice.

“Rangana is much better and he should be okay by the time the match starts,” said Dilshan. (AFP)

PCB officials irked with Waqar for not following selection procedure