All-rounder David Hussey said on Sunday that Australia are gearing up to launch an all-out attack against Pakistan spinner Saeed Ajmal in their third and final ODI. 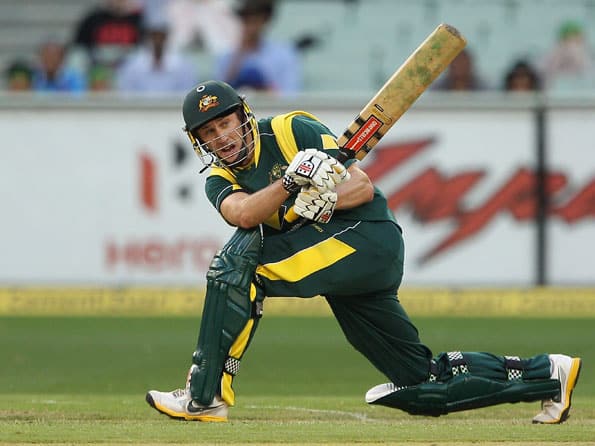 All-rounder David Hussey said on Sunday that Australia are gearing up to launch an all-out attack against Pakistan spinner Saeed Ajmal in their third and final ODI.

Hussy said the Australians are studying the video footages of the Pakistan spinner, as to how the Sri Lankans tackled him in their five-match ODI series in June this year.

Hussey said, “I know all the boys are watching a lot of video on how to read him and how to play him differently. Kumar Sangakkara plays him a totally different way to the way the Australians play him we are looking at that aspect of playing Ajmal.”

Ajmal had a forgettable tour of Sri Lanka, managing only three wickets in five games at an average of 40.66. But the right-arm spinner has troubled the Aussies in the UAE, taking seven wickets in the first two games.

Hussey has been dismissed in both the ODIs by Ajmal being caught at slip for three in the first game at Sharjah and lbw for a duck in the second at Abu Dhabi.

“He’s a fantastic bowler. But we have to change our game plan. We’re defending him a little bit and to our [peril]. Maybe the best form of defence is attacking him.

The senior cricketer said Australia need their opening pair of David Warner and Matthew Wade to get big score.

“We just need Dave Warner and Matthew Wade to play their natural games. You might see a different opening combination play,” he concluded.