India have been nearly flawless in the ICC Under-19 World Cup 2018. Having beaten Australia already in the group stage by a margin of 100 runs, India are the favourites for the final. However, Australia coach Ryan Harris believes the Indian lower-middle order has not been tested yet and that is where Australia’s key to success lies. The nucleus of India’s batting lies in the heavy top-order comprising Prithvi Shaw, Shubman Gill and Manjot Kalra. However, against Zimbabwe, Harvik Desai scored a half-century while Abhishek Sharma played a quickfire 8-ball 23 against Australia and scored a half-century against Bangladesh.

“Don’t get me wrong, they’re playing some really good cricket and are a really good side. I guess our job is for our quicks to get through the top order and put pressure on the middle order. If we do that, we’ll come out successful.”

“It’s great to be talking about India and not talk about spin! They’ve got some really good bowlers there that bowl good pace, beautiful actions. I just watched them running into the wicket – it’s so easy for them. It’s great, it’s a challenge for our guys. These guys haven’t faced so many guys who are consistently up around 135-140 mark. It’s a great challenge, it’s fantastic to see some young fast bowlers coming out of India. Usually, we speak about spinners coming out of there. It’s fantastic to see young fast bowlers there.” 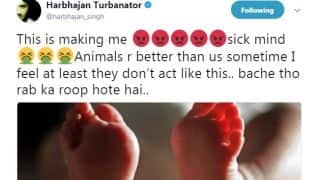 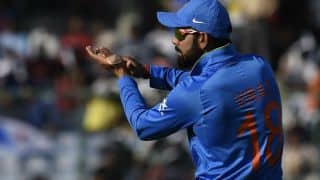