Australian Cricketers Association might continue to express concerns over playing a One-day series against Pakistan in the UAE but the two Boards have now agreed to a series of three ODIs and three Twenty20 Internationals in the Emirates from August 27, a Pakistan Board official said today. 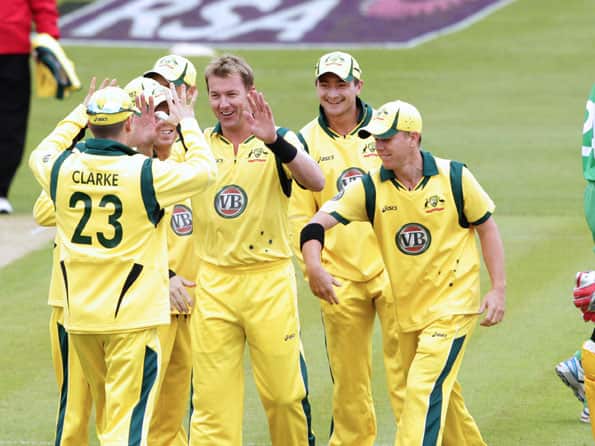 Australian Cricketers Association (ACA) might continue to express concerns over playing a One-day series against Pakistan in the UAE but the two Boards have now agreed to a series of three ODIs and three Twenty20 Internationals in the Emirates from August 27, a Pakistan Board official said.

“The series is now finalised and Cricket Australia has agreed to play three ODIs and three Twenty20 Internationals in Abu Dhabi, Sharjah and Dubai from August 27 to September 10,” a Board official said.

Cricket Australia (CA)had been rallying for the Pakistan Cricket Board to host a series of six Twenty20 International matches but the PCB insisted on also having three ODIs.

“Although the ICC had given permission for a six Twenty20 International-match series due to exceptional circumstances but now the Australians have agreed to play the ODIs and T20 matches,” the official said.

He said it had been decided to have the ODIs in Abu Dhabi and Sharjah on Fridays and Saturdays and the T20 matches in Dubai.

The ACA which had expressed “significant concerns” again reacted with reservations towards the decision to play three ODIs and three Twenty20 Internationals.

“The ACA continues to have concerns about the weather conditions expected in the UAE at the time of the proposed series,” Paul Marsh, the CEO of the ACA, told Pakpassion.net website from Melbourne.

“Now that the PCB and CA have agreed to a schedule of matches, we will undertake a process to assess whether or not these conditions in UAE will provide a safe environment for the players to play cricket in. This will be inclusive of consultation with various experts and a pre-tour visit to the venues,” Marsh said.

But the PCB official said the series was now final. “Some modalities remain to be finalised between both boards but for us having the series in UAE is more cost effective and viable at this time of the year,” he said.

“We had looked at Malaysia as an alternate option but the problem is there is only one international standard ground in Malaysia which is not enough to have six matches and secondly there was also the threat of strong rains,” he added.

He said the PCB had already started making preparations for the series in the UAE with a team of officials in Dubai to meet the Emirates Cricket Board.

He said there would be late starts to the matches due to hot weather conditions in UAE at this time of the year.

Pakistan have been forced to host their “home” series at a neutral venue after Australia refused to tour the country due to security concerns.

Australia have not played in Pakistan after 1998 due to security issues. (PTI)