The 15-player squad is a showcase of Australia’s top emerging talent, including Tom Healy, son of former Australian wicketkeeper Ian, 2014 U-17 National Championship player of the tournament Jake Winter, and 2014 U-17 Championship leading wicket-taker Kyle Scrimegour, who also scored 200 not out during that tournament, said a CA release.

The squad will play Sri Lanka’s U-19 squad across five one-day matches and one three-day match in Colombo. 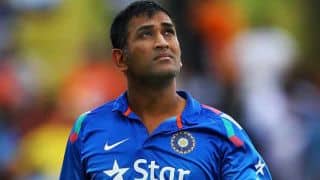