Catch all the live action of Day Two of third Ashes 2013-14 Test at Perth.

Dec 14, 2013
Catch all the live action of the third Ashes Test at Perth. With a 2-0 lead, Australia will be keen to go for the kill whereas England look determined to fight back and chart their way to retain the urn. They hare on their way to good first innings total at the back of an unbeaten century by Steve Smith. 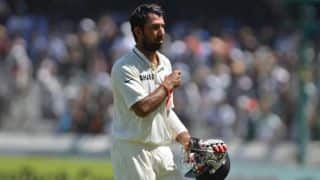