Chris Lynn and Billy Stanlake will make their limited overs debut for Australia in Friday's opening one-day international against Pakistan in Brisbane.

Chris Lynn and Billy Stanlake will make their limited-overs debut for Australia in Friday’s opening One-Day International against Pakistan in Brisbane. Skipper Steven Smith said dynamic batsman Lynn and beanpole pace bowler Stanlake would start with Usman Khawaja and leg-spinner Adam Zampa left out of the first of five games against the visitors this month. Lynn has appeared in five T20s for Australia but will play international 50-over cricket for the first time while Stanlake will debut despite having played just four one-dayers for his Queensland state side. Travis Head will open the batting alongside David Warner in the absence of the dumped Aaron Finch, with Lynn to bat at No. 4.

Allrounder Glenn Maxwell also returns for the first time in 13 matches, with the Australians opting for a pace attack of Stanlake, Mitchell Starc and Pat Cummins as well as medium-pace all-rounders James Faulkner and Mitchell Marsh. Test bowler Josh Hazlewood is being rested from the opening ODI after a heavy schedule this season.

Smith said he expected right-hander Lynn to play with the same freedom he has shown for the Brisbane Heat in the this season’s Twenty20 Big Bash League. “He’s got a licence to play the way he wants to play,” Smith told reporters.

“But 50 overs is a long time so you’ve also got be a bit smarter with the way you play, but he’s got some freedom to go out and play nice and positively. He’s been in red hot form and hopefully he can bring that to the international stage.”

The elevation of Head to the top of the order has come at the expense of Khawaja, who has returned to the ODI squad but won’t play on Friday. It also means Zampa, the leading ODI wicket-taker in the world in 2016, misses out with Head and Maxwell to carry the spin-bowling workload.

“I think looking around the squad, Maxwell was in the last group and it was good to get him into the line-up,” Smith said. “And Travis Head played very well in the last ODI series and we’ve seen him play very well at the top of the order in the Matador Cup so it’s given him an opportunity at the top and we’ve got plenty of power down the order.”

Stanlake, 22, has battled serious injuries over the years and has been restricted to just 13 matches in all formats at domestic level. Smith said he had been watching the towering paceman — Stanlake stands 2.04 metres tall (6ft 7in) — playing for the Adelaide Strikers in the BBL and was looking forward to him partnering fellow quicks Starc and Cummins.

“I think he’s going to be the tallest player to play for Australia so it’s great having those kind of guys in the team,” he said. “He bowls with good pace and it looks like he bowls with good control as well so it’s a good opportunity for him tomorrow.” 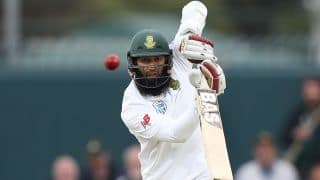 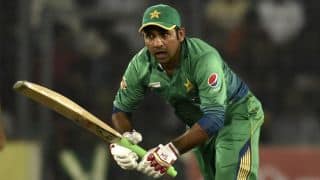