The win for Australia confirmed their no.1 ranking in the ICC ODI Team Rankings for the year.

South Africa skipper, AB de Villiers said that South Africa were guilty of over-thinking during the recent ODI series against Australia which led to a 4-1 loss for the Proteas. The win for Australia confirmed their no.1 ranking in the ICC ODI Team Rankings for the year.

Speaking to Cricket 365, de Villiers said, “Maybe we over-thought things; maybe we’ve been over-analysing things a little bit. Sometimes when you talk about something a bit too much, you put so much emphasis on it that pressure on yourself that you do funny things in those situations. We put a lot of emphasis on powerplays. I put a lot of emphasis on our fielding and those were the areas that let us down quite a bit. Maybe I must stop talking about the little things we mustn’t do and start talking about the things we should do.”

“Had we done the basics a bit better, we probably could have won more than just one game. It’s very disappointing knowing that we didn’t do the basics well. It’s the kind of thing a consistent cricket team needs to do to be successful all the time. It was just a poor performance all round – inconsistent. There is nothing more to say really. We know the areas that we need to work on. We know more or less which players to rely on in pressure situations and we’ve got a better idea of our World Cup squad moving forward,” he added.

As South Africa would sit comfortably at home for the time being before they go head to head against the West Indies at home in January next year, it would the final build-up to the World Cup starting in February at Australia and New Zealand. 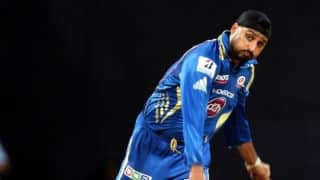