However, he ends up getting out on 51 off Pat Cummins.

South Africa‘s Rilee Rossouw scored his maiden half-century during the fifth ODI against Australia at the Sydney Cricket Ground (SCG) on Sunday. His fifty came off 69 balls with a strike rate of 72.85. Rossouw who made his debut earlier this year in August against Zimbabwe at Bulawayo took just three months to bring up his maiden half-century. However, he ends up getting out on 51 off Pat Cummins.

Opener Quinton de Kock who is currently batting in his 80s and is nearing a possible century. He along with Russouw also put up a 100-run partnership for the 2nd wicket. Hashim Amla was the first man to be dismissed in the innings. Ahmed Shehzad: 11 facts you should know about the exciting Pakistan opener 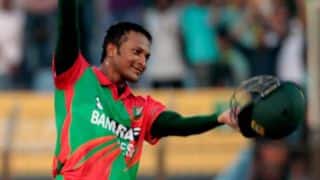