Following the humiliating defeat in the second match of the ongoing three-match series against South Africa, the embattled Australian team management has made extraordinary six changes.

Former Australian opening batsman Justin Langer has urged the national selectors not to sideline Adam Voges from the Test arena, saying the wicketkeeper-batsman can still play a vital role in the longer version of the game. Following the humiliating defeat in the second match of the ongoing three-match series against South Africa, the embattled Australian team management has made extraordinary six changes for the third Test to be played in Adelaide. 37-year-old Voges was among the omissions, with the official line being he couldn t be considered because of his recent concussion. However, Langer feels that the veteran has still plenty to offer to Australia in the Test arena. FULL CRICKET SCORECARD: Australia vs South Africa, 3rd Test match at Adelaide Oval, Adelaide

In my opinion, Adam Voges Test career shouldn t be over He s been so important to a winning Australian team. It was only a few months ago he was averaging 100 in Test cricket, Langer was quoted as saying by news.com.au. He s a state captain. He s a very good person to have to help the young guys Especially if they re bringing in more young guys, you ve got to have some senior players in there, he added. Voges was rushed off the field after he suffered concussion while batting in Western Australia’s Sheffield Shield clash against Tasmania at the WACA Ground in Perth last Thursday.

The incident took place shortly before the lunch on Day One of the match when Voges was struck at the back of the helmet while attempting to evade a Cam Stevenson bouncer. The sickening impact from the ball saw Voges sink drop to his arms and knees, before being treated on the ground and then assisted off the field by two team trainers.

Langer also fears that the West Australia skipper might start to contemplate retirement if selectors opt to shut the Test door on Voges completely. If he s not in the Test match reckoning, he ll have the make the decision about what he wants to do with his career, Langer said. 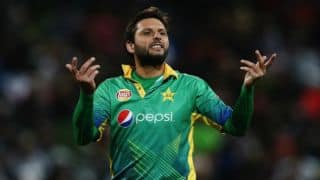 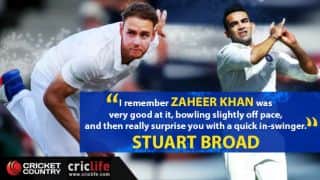