South Africa's stand-in skipper, Faf du Plessis, will not miss his nation's first Test under lights to be played at Adelaide.

South Africa s stand-in skipper Faf du Plessis was charged by the International cricket Council (ICC) over an alleged ball tampering issue after the end of second Test of the three-Test series against Australia. The hearing for du Plessis’ case saw the cricketer being cleared to play the final Test, but was handed out a 100 per cent fine of his match fee, and was also demerited by 3 points. The third and final Test between Australia and South Africa will be played under lights with the pink ball which will be the first ever instance for the African nation. ICC had already charged him for a level 2 offence which is clearly related to the ball tampering case. However, du Plessis had pleaded innocent of the charges pressed against him but his pleas were not met. The incident came into notice during the second Test at Hobart after television footage revealed du Plessis shining the ball with a mint in his mouth as the skipper was seen licking it with his fingers. READ: Faf du Plessis caught shining the ball with mint

The ICC sent out a statement later charging du Plessis for an alleged ball tampering issue, that fell under the Article 2.2.9 of the ICC Code of Conduct breach. The statement read that the charges pressed against du Plessis, after television footage appeared to show him applying an artificial substance to the ball during the fourth day s play in the second Test in Hobart . The charges against the interim South African skipper were laid by ICC chief executive Dave Richardson, while the hearing of the case would be done by the match referee Andy Pycroft, reports espncricinfo.com.

There have been enough limelight on this topic ever since the drubbing Australia received in the second Test at Hobart. The hosts have already lost the series losing the first two Tests but after this incident sprung up, it created rifts and tension between visiting side and Australian media. South Africa’s senior players, Dale Steyn and Hashim Amla, were also furious after the kind of behaviour and ban mouthing surrounding this incident as they termed the ball tampering issue as ‘ridiculous’ and urged for a whitewash to bring back importance towards the game. 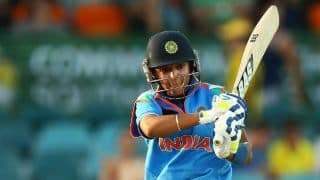 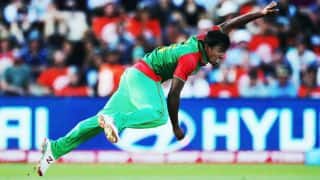