Big-hitting Chris Lynn was Thursday ruled out of Australia's Twenty20 series against Sri Lanka with the injured batsman replaced by the BBL leading run-scorer Ben Dunk.

Sydney: Big-hitting Chris Lynn was Thursday ruled out of Australia‘s Twenty20 series against Sri Lanka with the injured batsman replaced by the Big Bash League’s (BBL) leading run-scorer Ben Dunk. Lynn was a dominant force for Brisbane Heat in this summer’s BBL but was under a selection cloud for international duties with ongoing neck concerns. He aggravated the injury at training last week. “Chris will be seeing a specialist later this week and from there we will have a better understanding of the ongoing management, along with the return to play timeframes,” Australian team physiotherapist Kevin Sims said. FULL CRICKET SCORECARD: Australia vs Sri Lanka, 1st T20I at Melbourne

Lynn will be replaced by the fast-scoring Dunk, who made 364 runs from just 222 balls for the Adelaide Strikers in this year’s BBL. Australia take on Sri Lanka in the series opener in Melbourne on February 17, before moving to Geelong on February 19 and then Adelaide on February 22. Earlier, Australia’s stand-in captain for series against New Zealand and Sri Lanka, Aaron Finch has expressed confidence that the team bound for the four-Test series in India will be prepared fully for the challenges. Interestingly, Finch will be captaining an Australian team for a three-match T20I series against Sri Lanka while a different squad will be in India preparing for the Test series at the same time.

Australia’s T20I series will begin on February 17, and the third and final game at Adelaide will be on February 22, a day before the start of the Border-Gavaskar Trophy 2016-17 in India. The India-bound squad is currently based in UAE, training at the ICC Cricket Academy for the upcoming tour. India win toss, elect to bat vs Bangladesh in one-off Test at Hyderabad 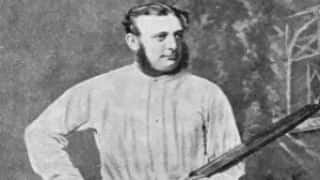