Police arrested 22 spectators from the Melbourne Cricket Ground (MCG) during the first day’s play of the Boxing Day Test between Australia and Sri Lanka. 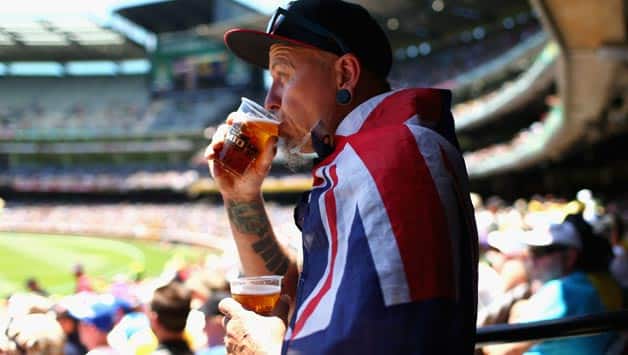 Police arrested 22 spectators from the Melbourne Cricket Ground (MCG) during the first day’s play of the Boxing Day Test between Australia and Sri Lanka.

While some of the spectators were apprehended for boozing and smuggling alcohol into the ground, others were Tamil protesters who were carrying political banners against the Sri Lankan team.

News.com.au reported that six people were evicted for being intoxicated while a further 12 were asked to leave after smuggling alcohol inside the grounds. One man was asked to leave even before play started after he was found with a small tin barrel of rum and coke.

Four of the evicted were Tamil protestors who had rallied against the Sri Lankan team outside the ground before the match.

While the match was in progression, police superintendent Rod Wilson told News.com.au that the eviction numbers had been low but warned that officers were on red alert during the final hours of the game.

“It has been good behaviour but we still have a few hours to go. In the past at Boxing Day matches a lot more people get evicted toward the end,” he said.

“It has been pretty low but a lot of the evictions will happen from now until stumps.”