Darren Lehmann suggests that Australia no. 3 Usman Khawaja should aim to find his mojo back through Sheffield Shield.

Former coach Darren Lehmann suggests that Australia no. 3 Usman Khawaja should aim to find his mojo back through Sheffield Shield which is set to resume after the Big Bash League‘s conclusion later this month.

In the absence of their two premier batsmen, Australia would have hoped for Khawaja to take the lead in the batting front but since his match-saving 141 against Pakistan in the UAE last year, his form has taken a nosedive.

Since returning home, Khawaja has managed 209 runs at 23.2 and in his most recent innings, in the ongoing second Test against Sri Lanka, he was out for a three-ball duck.

Lehmann feels that the 32-year-old should return to playing domestic cricket in order to lay his claim for the Ashes tour of England later this year in wake of his wretched run in Test cricket.

“If I’m fair dinkum about batting him three in the Ashes, I don t think you can take him to the one-day series against India and Pakistan, Lehmann told Macquarie Sports Radio. “I think he s got to play the four Shield games at the back end with the Dukes ball and get some form, and it s one for the selectors to mull over.”

Lehmann further added, “He s just looking a bit flat when he plays. He s not as sharp early on as he was say in Perth, when he got his highest score of the summer. He got the 70, looked sharp and ready to score. He s a better player than he has shown, we know.”

However, Lehmann predicts Khawaja will be back to his best soon. “We know he’s a hundred-maker,” Langer told ABC Grandstand on Saturday. “If you look over his career, he scores hundreds and he scores big hundreds. He’s a very, very good player. He’s the No.3 in the Australian Test team which usually goes to the No.1 batsman. He’s working hard. He’ll be fine,” he said. 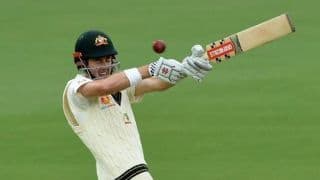 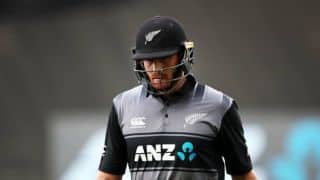