Pucovski is among the three major changes rung in by the selectors, including the recall of Joe Burns and Matthew Renshaw.

Australia have handed young Victorian batsman Will Pucovski his maiden international call-up by including the 20-year-old in the squad for the two-Test series against Sri Lanka starting later this month. Pucovski is among the three major changes rung in by the selectors, including the recall of Joe Burns and Matthew Renshaw. Following the 1-2 series defeat to India, the axe has been wielded of Aaron Finch, Mitchell Marsh, Peter Handscomb and Shaun Marsh.

The bowling attack remains the same with Mitchell Starc, Pat Cummins and Josh Hazlewood comprising the three-prong pace attack while Nathan Lyon and Marnus Labuschagne being the two spinners. In order to fine tune their preparation for the series, Pucovski, Burns and Renshaw will play the three-day practice match with the pink ball against Sri Lanka.

Pucovski, 20, made heads turn during his knock of 243 against Western Australia in the Sheffield Shield in October last year his second First-Class hundred, but took a six-week break from cricket following mental health conditions. He however returned to play one more Shield game scoring 67 against the same opponents. Prior to it, he had scores of 188 against Queensland in February to go with sizeable contributions in Under-23 tournaments.

“Will Pucovski is an exciting young player who is making his mark in the Sheffield Shield. He is another player with a track record of making centuries. We look forward to him joining the squad and congratulate him on his first national call-up,” national selection Trevor Hohns said.

Burns has played 14 Tests, the last of which came against in Johannesburg last year the game after the ball-tampering scandal. Burns had scores of 96 and an unbeaten 80 in the Sheffield Shield and is averaging 47.20 with 472 runs including four fifties.

“Joe Burns has had strong performances in first-class cricket this season, and we believe he can contribute strongly if given the chance in the series,” added Hohns.

And then there is Renshaw, who has dropped ahead of the last Ashes. In 11 Tests, Renshaw has three fifties and one century but his batting against spinners has garnered a lot of positive attention, evident from the Border-Gavaskar Trophy 2017, and his can be a handy inclusion considering the impact of spinners in the Sri Lankan line-up.

“Matt Renshaw is a player with the ability to make big scores, and at 22 years old has 10 first-class centuries. He also performed extremely well in England during the County season. We see him as a long-term prospect as a Test player and have confidence in his ability to bounce back following a string of low scores early in the Shield season,” said Hohns.

As for the dropped quarted of Finch, Handscomb and the Marsh brothers, Hohns explained that the four players were ignored following their performance in the Border-Gavaskar Trophy, mentioning that they failed to make the most of the opportunities given to them.

“Ultimately Aaron, Peter, Shaun and Mitch have not produced the performances expected of them with the bat at the Test level. They have been given good opportunity, but have not produced the scores we need. All four are very good players, and the door is by no means closed for them to return to play Test cricket for Australia.

“They will all feature in the ODI Series against India, and each of them forms an integral part of our white-ball strategy and set-up at the moment as we also focus on our journey to the 2019 Cricket World Cup. The challenge now is for them to make runs for Australia in the upcoming ODIs, and then to go back to the Sheffield Shield and make more runs,” Hohns added.

The first of the two Tests start in Brisbane on January 24. 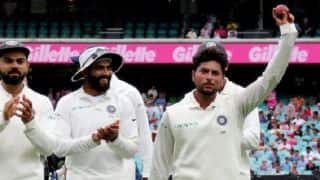 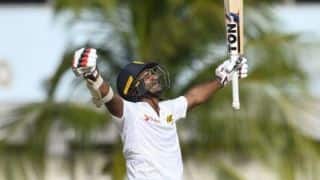