Morgan completes half-century as Australia cruise along after brisk start.

Australia are strolling along to victory in the ICC Under-19 World Cup 2014 quarter-final against West Indies at the Dubai International Cricket Stadium. Jaron Morgan and Matthew Short’s splendid opening partnership has put them on course to an easy win as they are in pursuit of 209 to win the game. Morgan has completed his fifty and Australia have reached 100 for no loss in 20 overs. They need 108 more to win in 30 overs.

Earlier in the day, Nicholas Pooran smashed 143 out of West Indies’ 208 runs. And, later, it was the turn of Morgan to dazzle as he sped away to his half century to help Australia dominate and cruise during the run-chase. Short has been more quiet in comparison, but has also been dominant. 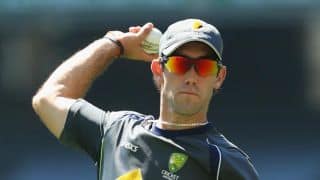 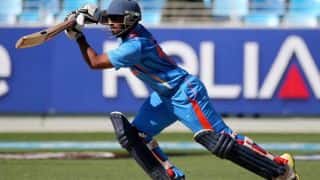