Australia are focusing on maintaining consistency in the T20I squad.

The selectors named an unchanged squad for the T20I leg of the series, keeping faith in the 14-member team that swept a three-match T20I series against West Indies last week in the Caribbean.

Prior to that, Australia also dominated the ODI series, beating Stafanie Taylor’s team 3-0, and becoming the first to seal direct qualification for the 2021 ICC Women’s World Cup, after having overtaken defending champions England to claim the No.1 spot in the ICC Women’s Championship table.

Erin Burns, who made her international debut on the Caribbean tour, has been named in the T20I set-up; however, she has been omitted from the 13-player ODI squad.

“The selectors have elected to stick with the same group of players that completed a 6-0 tour whitewash against the West Indies recently with Erin Burns the unlucky player to miss out on the ODI squad,” said Shawn Flegler, the women’s team’s national selector.

“With the T20 World Cup just under five months away it’s crucial to find some consistency in the T20 squad, and we feel like we have that which is pleasing,” Flegler said.

“Sri Lanka is an up and coming side and will provide a good challenge across both formats, with the series also presenting the team with the opportunity to fine-tune its preparations ahead of that World Cup.”

The three T20Is will be played on 29, 30 September and 2 October in Sydney, while the ODIs will take place on 5, 7 and 9 October in Brisbane. 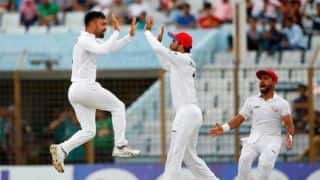