"if I play Uno with my daughter ... If I play golf with my parents, we sledge each other," said Justin Langer.

Australia coach Justin Langer insisted on sledging being ‘good’ as his team prepare to face England in their first series since March’s dramatic ball-tampering scandal in South Africa. However, Langer also stressed that ‘banter’ would not be allowed to descend into ‘abuse’, as captain Tim Paine promised Australia “won’t be silent” during the 5-match ODI series.

Captain Steven Smith and vice-captain David Warner were banned for a year for their part in the ball-tampering incident during the third Test in Cape Town. Cameron Bancroft, who applied sandpaper to the ball in a clear breach of cricket’s rulebook, was given a nine-month ban by Cricket Australia. The trio were all sent home in disgrace, with Paine taking over as captain in South Africa. Darren Lehmann then resigned as coach and was replaced by Langer.

After the ball-tampering scandal, there were concerns that sledging or verbal taunts had contributed to a toxic atmosphere between the Australia and South Africa teams. However, Langer said that as far as he was concerned sledging was just another word for banter.

“In Australia sledging’s a good thing: if I play Uno with my daughter we sledge each other,” Langer told a news conference at Lord’s on Wednesday. “If I play golf with my parents, we sledge each other. There’s a difference between banter and abuse. There’s no room for abuse anywhere.”

“Even if we were so nice people would think we’re a bunch of hard-edged Australians. We’ll still be called sledging Australians, it’s been happening for the last 30 years. So we’ll cope with that.”

Paine, alongside Langer at Lord’s, explained: “The thing we’ve spoken about is the difference between abuse and banter. We won’t be silent. We’re going to be speaking, trying to put pressure on teams as we usually do. But we have to be respectful … I’m sure you’re going to hear us talking through the stump mic. But it’s up to me, Justin and the senior players to stay on the side of banter and never go to abuse. There’s no doubt our reputation took a bit of a battering. Coming to England now with new faces, a new coach, just getting back into cricket is an opportunity for us to move on and show we’ve made a few changes.”

Australia, who are in England without injured frontline strike bowlers Mitchell Starc, Josh Hazlewood and Pat Cummins, as well as Smith and Warner, start their tour with a warm-up match against a Sussex side coached by former Jason Gillespie in Hove on Thursday. Ricky Ponting will join Langer’s backroom staff next week.

Langer said it was ultimately down to the players to make good on the team’s new code of conduct: “We have our values and our expectations, that’s really important … I’ve said this for 25 years: we can have the fanciest mission statements, but if you don’t live them, they’re like toilet paper, mate. They are written down, but unless you live them they’re meaningless.

“We’ve just got to create the environment where it’s a great changing room. All culture is behaviour. Make it good on and off the field. If we’ve got good behaviours, then we’ve got a good environment.”

Australia, the World Cup champions, begin their series with 2019 hosts England, currently the top-ranked ODI side, at The Oval on June 13. 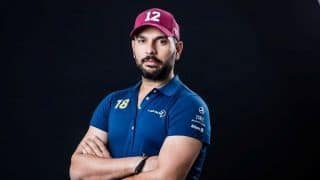