As Australian cricket struggles to recapture former glories, the sport's chiefs are painfully aware of the need to widen the net to reflect the country's burgeoning cultural diversity. While rugby, Australian Rules and soccer have embraced the country's multicultural make-up, the national cricket side has lagged behind, largely stuck in its white Anglo roots. 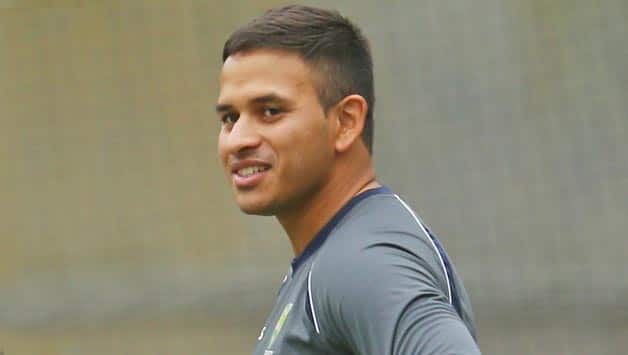 As Australian cricket struggles to recapture former glories, the sport’s chiefs are painfully aware of the need to widen the net to reflect the country’s burgeoning cultural diversity. While rugby, Australian Rules and soccer have embraced the country’s multicultural make-up, the national cricket side has lagged behind, largely stuck in its white Anglo roots.

Australia’s experience contrasts sharply with that of their oldest adversary England, who for decades have successfully incorporated the talents of players from ethnic minority communities, whether Afro-Caribbean or South Asian.

The 2011 national census revealed that 26 percent of Australia’s population was born abroad while many others had at least one
overseas-born parent.

The retirement of modern-day greats such as Shane Warne, Glenn McGrath and Ricky Ponting has made the search for new talent more pressing as the declining national team bids to revive its domination of the world game.

“By 2015, 40 percent of Australians will have a parent who was born overseas,” Matt Dwyer, Cricket Australia’s national game development manager, told AFP.

“Cricket Australia has programmes in place and we will benefit from having players in the national team which will reflect multicultural Australia and increase the diversity of our game,” he said.

There are examples of cricketers from ethnic minorities donning the famous “Baggy Green” cap and others are tipped to follow in their footsteps.

Usman Khawaja, whose family emigrated from Pakistan when he was a child, was celebrated when in 2011 he became the first Muslim to play a Test for Australia, against England.

The 26-year-old left-hander has gone on to play six Tests but has failed to hold down a regular place in the side.

Moises Henriques, also 26, became the first Portuguese-born player to represent Australia in Tests when he made an outstanding debut against India last month, scoring two half-centuries in Chennai.

Pakistani asylum-seeker Fawad Ahmed could cap a dramatic rise by playing a role in Australia’s Ashes series in England later this year, the first of a double-header against the former colonial masters.

As Australia’s spinners struggle in India, Ahmed, who impressed with his seven-wicket debut for Victoria in the domestic four-day Sheffield Shield competition last month, may be fast-tracked into the national team.

“It is about performance and consistency in performance, but I’m confident he certainly has the skill set to play at the next level,”
said his Victorian state coach Greg Shipperd. Ahmed left his home in the border region near Afghanistan to come to
Australia on a short-stay visa in 2010, saying he was targeted by Muslim extremists.

The 31-year-old was granted a permanent visa to stay in November and quickly established his credentials at the Melbourne Renegades in the T20 Big Bash League.

He is eligible to play for Australia as soon as he is granted citizenship, although under International Cricket Council guidelines he can also play for his adopted country from August.
According to the website Cricinfo, Cricket Australia is lobbying authorities in Canberra to fast-track his citizenship so he is available for July 10 — the opening day of the first Test against England at Trent Bridge.

It is all a far cry from the 1980s, Cricinfo said in an article about the team’s changing racial composition.

“This week 20 years ago, for example, Australia fielded a Test team whose first names could be those of ‘Home and Away’ regulars: Mark, David, Justin, Mark, Steve, Allan, Ian, Paul, Shane, Merv and Craig,”it said.

Ashton Agar, who has Sri Lankan grandparents, is another beneficiary of Australia’s pursuit of a top-line spinner. The tall 19-year-old accompanied the Australian team to India to provide net practice.

New South Wales paceman Gurinder Sandhu, born in Australia but of Indian heritage, is another being groomed for the international game after the 19-year-old was selected for the Prime Minister’s XI to play West Indies.

“This commitment by Cricket Australia is excellent. It makes it clear that this is a sport that welcomes all and that is great for our society,” Glenn Withers, professor of public policy at the Australian National University, told AFP.

“It also enriches the sport itself. US studies show that teams that integrate perform better. Integration often leads to new skills and new ways being considered that can enhance performance.”