A former Special Forces soldier, who was involved in John Buchanan's controversial 2006 boot camp, has offered to help the current Australian wayward team before the Ashes series, to be held in England in July. 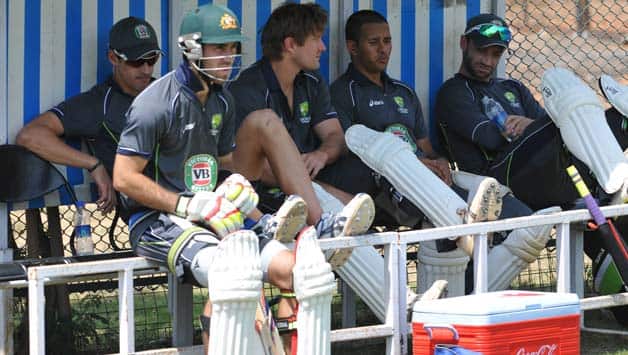 A former Special Forces soldier, who was involved in John Buchanan‘s controversial 2006 boot camp, has offered to help the current Australian wayward team before the Ashes series, to be held in England in July.

The security consultant David Apps feels that a two-day leadership and training boot camp in the UK might help rebuild the Australian team’s culture after the shock of four player sackings in India.

“These camps are run by ex-Special Forces personnel who have the ability to know how to get the best out of players in often challenging and arduous conditions,” Apps said.

“Activities include physically demanding activities to speed up the fatigue process before they are then given challenges and tasks in which one needs to make quick, precise and clear decisions in order to achieve the team objective.

“It is also useful to have players making quick, accurate decisions out of their comfort zones while tired and under duress,” he added.

Apps said the methods taught at the camp come in handy to the players at a time of decision-making.

“These methods are tried and tested and while we are not there to teach them how to play cricket, we can certainly add our value in the decision-making processes and way of thinking in order to assist them,” Apps was quoted as saying by The Courier-Mail.

He had worked on coach Buchanan’s boot camp, where Australia‘s elite cricketers were put under severe stress in torturous team challenges while trekking through the rugged Sunshine Coast hinterland.

The players were taken out of their comfort zone and deprived of food, sleep and water. It was designed to foster teamwork.

Leg-spinners Shane Warne and Stuart MacGill, who was injured during the camp, criticised Buchanan. But many players had said that the training was a valuable springboard to a 5-0 Ashes whitewash a few months later.

Bruce Reid: A fragile Australian fast bowler whose career came to a premature and sad end because of injuries