The Marsh One-Day Cup will start the 2019-20 domestic season from September 21.

Australia‘s domestic one-day competition, which from this year will be called the Marsh One-Day Cup, has been divided into three separate blocks and will not have a knockout finals systems as Cricket Australia (CA) announced a revamped domestic structure on Tuesday.

The tournament will begin on September 22 and be halted when the Sheffield Shield starts on October 10, then resume in two blocks in late October and mid-November. Previously, the One-Day Cup was played at one stretch before the Shield season began.

Previously known as the JLT One-Day Cup, the interstate tournament has been renamed after the Marsh & McClennan Companies acquired JLT.

In a release today, CA’s head of cricket operations Peter Roach said: “The key priorities were to play matches in more than one block, have them played on bigger grounds, ideally at our major venues, and play some more matches overall. We believe we have been able to meet these priorities. From a timing point of view, we need to ensure that we play matches at times of the season to best present and prepare our players for international cricket.”

The Marsh One-Day Cup will end on November 26 in an attempt to incorporate more of Australia’s international members. Unlike the past six seasons, the knockout stage has been scrapped. In the 2019-20 season, the tournament’s top two teams will contest the final, which will be hosted by the top-ranked state. Each team will play seven league matches.

Each of the six state teams will play six matches in the Sheffield Shield, which culminates in a final from March 27, 2020.

“We have tried to schedule Sheffield Shield games most effectively around the Test matches,” said Roach.

Australia’s international home summer includes two Tests with Pakistan (from November 21 and November 29) and three versus New Zealand (from December 12, December 26 and January 3). Two of these – at Adelaide Oval against Pakistan and Perth’s Optus Stadium against New Zealand – will be played under lights the a pink ball, but CA has indicated that none of the Shield games will be day-night affairs. 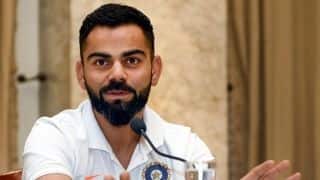 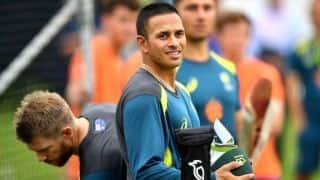