Australian opener Ed Cowan is being treated with a back problem. However, the Australian team is confident that the opener will be back on the third day fit. 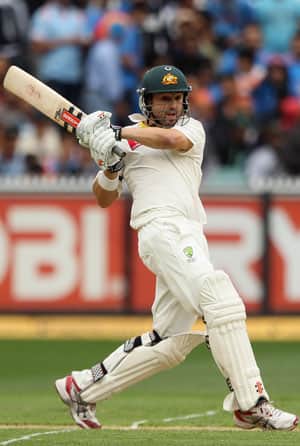 Australian opener Ed Cowan is being treated with a back problem.

“Ed got a bit excited in the warm-up in his first Test, he was diving around too much,” vice-captain Brad Haddin was quoted in ESPNcricinfo.

However, the Australian team are confident that Cowan will be back on the third day fit and fine.

Cowan spent most of the second day off the field. He was substituted by Daniel Christian. Physio Alex Kountouris is looking after him.

“He twinged his back. Alex worked on him through the day and he came back all right,” said Haddin.

Cowan hurt his back in the morning warm-up on day two of the first Test.

Later in the day, Cowan came back on the field with India finishing the day at 214 for three on the day two at the Melbourne Cricket Ground.

Joe the cameraman tumbles off segway at the MCG