Lawson had made the defamatory comments a day after Samuels had led West Indies to their second World T20 triumph in Kolkata. The broadcasters have issued a full apology and paid undisclosed “substantial damages” to the West Indian batsman.

Australian radio broadcasters 2KY have issued an apology to star West Indian batsman Marlon Samuels in connection to a defamation case filed against them by the batsman. Samuels had filed the case in July last year, citing ‘erroneous, malicious and unjustifiable comments’ that former Australian cricketer Geoff Lawson had made about him accusing him of being ‘tied up with gangs in Jamaica’ during a radio show, aired on April 4, 2016, immediately after West Indies’ second ICC World T20 win. Samuels had played a match-winning knock of unbeaten 85 (66) in the final of World T20 2016 against England in Kolkata a day before, on April 3.

The broadcasters issued their apology to Samuels on their program Big Sports Breakfast, the same programme on which Lawson had made his comments last year, a report published in Indian Express stated. The apology was read on air by Terry Kennedy at 6.22 am on Thursday. “In April last year, during the program Big Sports Breakfast, 2KY broadcast some remarks by Geoff Lawson about Mr Marlon Samuels. Those remarks may been understood by some listeners to have associated Mr Samuels with criminal gangs in Jamaica. If any listener gained that impression, 2KY wishes to withdraw any such suggestion and apologized to Mr Samuels to any offense and distress the remarks caused him.”

“2KY and Mr Samuels have resolved Mr Samuels’ complaint which includes a payment to Mr Samuels, a portion of which will be donated to the foundation that Mr Samuels launched last year supporting the blind and visually impaired in Jamaica,” Kennedy said in the apology.

The Indian Express had earlier reported on April 6 that former Australia fast bowler Lawson and broadcaster 2KY had agreed to “settle” the defamation case filed against them by Samuels while also “issuing a full apology” and paying undisclosed “substantial damages” to the West Indian batsman.

Samuels had reasoned why he wanted to pursue the legal course. “Through this case, my intention was not only to defend my integrity and image as an international cricketer, but also the values I have defended all my career. I also wish to avoid any public figure from making insulting or false allegations against an athlete using the media, without any evidence or foundation and to go unpunished.”

Lawson had made the defamatory comments a day after Samuels had led West Indies to their second World T20 triumph in Kolkata. “He’s tied up with some shady people back in the West Indies… he’s a guy you don’t muck around with on or off the field. He’s from Kingston, Jamaica, it’s one of the murder capitals of the world…he’s tied up with gangs there, it goes well beyond cricket,” Lawson was quoted as having told the radio program in the statement. 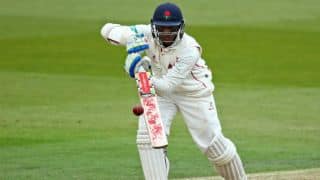 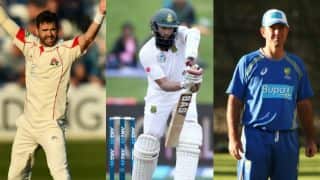