Controversial sports agent Mazhar Majeed in recordings played to Southwark Crown Court, has alleged that Australians, as well as some of the biggest names in Pakistani cricket, were prepared to fix parts of matches. 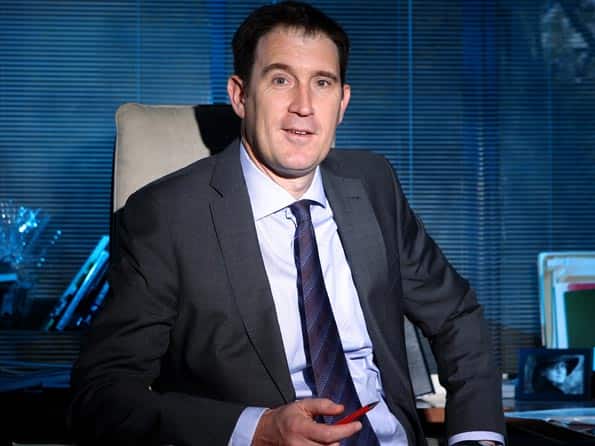 CA chief James Sutherland had dismissed bookie Mazhar Majeed’s claiming they appear to be outlandish, and made by a person of dubious repute Getty Images

Controversial sports agent Mazhar Majeed in recordings played to Southwark Crown Court, has alleged that Australians, as well as some of the biggest names in Pakistani cricket, were prepared to fix parts of matches.

Majeed went on to allege that Australian players would fix “brackets”, a set period of a match on which punters bet, for example, how many runs will be scored.

Majeed was quoted in The Herald Sun as saying, “The Australians, they are the biggest. They have 10 brackets a game.”

Former Australian captain Allan Border has rubbished these claims as smokescreen and said it was not in Australian cricketer s nature to get involved in such activites.

“To me it s a smokescreen, because we re very diligent and, watching what our players do or get up, to I don t think it s in our nature to do that, go down that road,” Border was quoted by The Herald Sun. “I think this thing, it s just a smokescreen, he s just throwing things out there to muddy the waters to try and escape his own punishment.”

Australian Cricketers’ Association chief Paul Marsh also rubbished Mr Majeed’s claims. “Firstly I would say look at the source it s hardly a credible source that these claims are coming from,” Marsh said.

“There is no evidence that Australian players have been involved in match-fixing, ever. Until we hear something a bit more concrete than from some player agent involved in a fixing scam, it s hard to take it seriously.”

“Obviously he (Mr Majeed) has been involved in trying to fix matches with the Pakistani players,” Marsh added.

“One of the differences between the Pakistan players and our players is we ve got a proper player system in place here.

“Our guys are paid well, they are educated well and you would have to question the motivation our players would have to get involved whereas in Pakistan they are not paid very well, are not educated very well and they leave themselves open to approaches from blokes like this.”

Mr Majeed had earlier said that Pakistan cricket players were paid “peanuts” but said there was “very big money” to be made by fixing matches.

“I’ve been doing this with the Pakistani team now for about two-and-a-half years, and we’ve made masses and masses of money,” he was quoted in the media. “You can make absolute millions.”

The agent said his players did not often fix the outcomes of matches but added: “We’re doing two results coming up soon, within a month.”

Majeed claimed that he never approached any player for such activities and instead players approached him. “The players will never tell anybody else. They’re the ones that approached me about this. This is the beauty of it.”