The outgoing CA chief has said that he could have mitigated the Cape Town fall-out had he intervened earlier.

James Sutherland, the outgoing chief executive of Cricket Australia (CA), has described hearing about the ball-tampering scandal that erupted during the Cape Town Test in March as a “serious WTF moment”.

In an interview with ESPNcricinfo, Sutherland said he had switched off the television broadcast of the third Test between Australia and South Africa and also missed former captain Steve Smith’s press conference in which he admitted to knowing of the attempts to alter the condition of the ball.

“At a guess it would’ve been about midnight I suppose (that he turned off the TV) but, yeah, I wish I was watching, absolutely,” said Sutherland, who stepped down as CA chief this week after 17 years in charge. “It was a serious WTF moment there. I’d like to think that my judgement and possibly influence would have meant that the media conference would have gone slightly differently. As we know, that was part of the penalty and the severity of the penalty was to some extent related or at least was consequential in terms of how that was handled — not telling the truth, or not telling the whole truth.”

Smith and Australia vice-captain David Warner are currently serving 12-year bans from international and state cricket. Cameron Bancroft, the player who was picked up by cameras attempting to tamper with the ball and then trying to hide the foreign object, is serving a nine-month penalty.

Then coach Darren Lehmann resigned soon afterwards, and then it was Sutherland who decided to step away. He has now said that he could have mitigated the fall-out had he intervened earlier.

“I was heartbroken by the events that happened and I think that in some ways I totally understand that in the heat of battle things can boil over and go awry and there can be regrettable incidents,” said Sutherland. “Part of the extent of my disappointment around Cape Town is heightened by what happened earlier in the series, and my feeling that there were warning signals. There were lots of other things going on, and some disgraceful behaviour during the Port Elizabeth Test, provocation by opposition fans but also administrators from the opposition team.”

During his 17 years as chief of CA, Sutherland oversaw a lucrative new television rights deal and the advent of the Big Bash League, day-night Tests and women’s cricket. Despite these successes, he found himself criticised for allowing the culture of Australian cricket to erode.

According to Sutherland, the fall-out of the ball-tampering controversy and the Australian public’s response was sobering. “It’s a reminder to everyone as to how important cricket is… and the pedestal on which the Australian cricket team is held and the expectations that come with being an Australian cricketer,” he said. 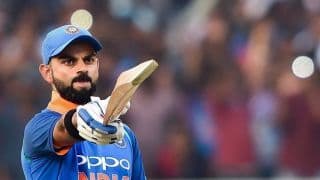 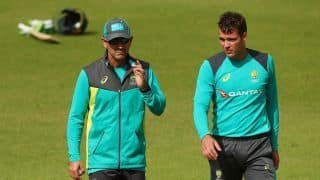