Mitchell Johnson was Australia's top bowler during the 2013-14 Ashes campaign.

Australia’s belief was based on Johnson’s spectacular performances in the back-to-back series against the Proteas in 2008-09 although he failed to make an impact in Australia’s last tour of South Africa and finished the series a beaten man, seriously injured and with his game in disarray.

However, the Sydney Morning Herald reports that it will be a different Johnson facing South Africa at Centurion after his brilliant Ashes campaign during which he battered the English batsmen into submission and collected Australian cricket’s highest individual honour.

Cummins said there was a feeling within the Australian squad on that tour that Johnson was the paceman the South Africans most feared and his Ashes heroics will only strengthen Australia’s belief that they have the firepower to unsettle South Africa’s star-studded batting line-up.

Cummins, who made his Test debut during the dramatic 1-1 drawn series in South Africa in late 2011, further said that despite being out of form in the series against South Africa in 2011, Johnson was the main bowler that the rival batsmen were scared of, adding that they will be even more nervous considering the left-armer’s 150 kmh heroics.

Stating that South Africans would always remember that Johnson broke their captain Graeme Smith‘s hand with his deliveries, Cummins also said that they would always be tentative about facing him again this series, which would be a strong point in Australia”s favour. 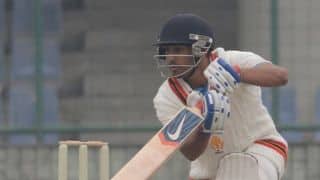 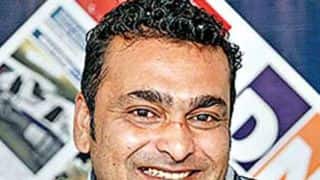