Australia's women's BBL gets own timeslot

Australia's women's BBL gets own timeslot

Women's cricket in Australia received a boost Wednesday when the Twenty20 Women's Big Bash League moved to its own window away from the men.

Women’s cricket in Australia received a boost Wednesday when the Twenty20 Women’s Big Bash League moved to its own window away from the men.

Until now, the tournament has been played in tandem with the men from December to February, but this year’s fifth instalment will have its own timeslot from October 18 to December 8.

Cricket Australia’s head of fan engagement Anthony Everard called it “monumental for the women’s game”, as it allows the focus to rest entirely on female cricketers.

“It’s something we’ve been building towards and last year’s final series has proved that the WBBL is ready to stand on its own two feet,” he said.

To build on this, this year seven consecutive family-friendly “festival weekends” will be broadcast live, with all remaining matches streamed on cricket.com.au.

Each of the eight city-based franchises will play 14 matches with the final hosted by the top-ranked team.

Brisbane Heat won their first title last season with four balls to spare in a sold-out thriller against the Sydney Sixers, watched by nearly 500,000 people on TV. 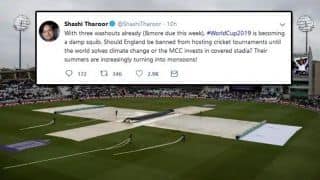 'Should England be banned from hosting cricket tournaments?'- Shashi Tharoor on Twitter 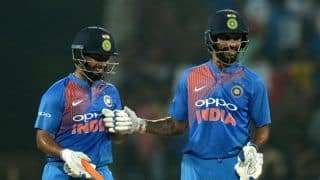