Azhar Ali has flown to United Kingdom for the treatment of his knee injury, which had forced him out of the ongoing ODI series against Sri Lanka.

Karachi: Pakistan‘s prolific run-scorer, Azhar Ali has flown to United Kingdom for the treatment of his knee injury, which had forced him out of the ongoing ODI series against Sri Lanka. Azhar has complained about his dodgy knee before the start of the Test series against Sri Lanka but played in the two games after taking pain-killing injections. “He has now been sent to London for specialist treatment on the advice of our medical panel,” a PCB official said. He said the decision to send Azhar abroad for treatment was taken after MRIs and other reports showed he would require some time for a complete recovery. Azhar, who was forced to step down as the national one- day team captain earlier this year has been Pakistan’s top batter in the Test and ODI formats. FULL CRICKET SCORECARD: Pakistan vs Sri Lanka 2017-18, 2nd ODI at Abu Dhabi

Since the tour to England when he was promoted to the opening slot, Azhar scored a triple century against West Indies in Dubai and also a double hundred in Australia in a day and night test at Brisbane. The PCB official said the team management wanted to see him fit and available for the tour to New Zealand in December. Another Pakistani batsman, Haris Sohail has also resumed his international career recently after he also underwent knee surgery in the UK and had to remain out of the game for more than a year for rehabilitation. 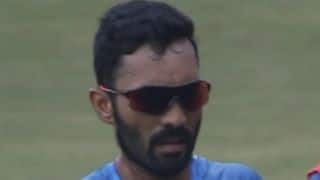 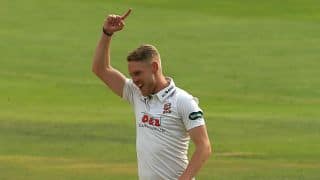