London [United Kingdom]: The bowling coach of the Pakistan cricket team, Azhar Mahmood, has described the visit of a World XI to Pakistan for a Twenty20 series as a very emotional and great moment for players and followers of the game in his country. In a blog for PakPassion.net, Mahmood said, “We have watched international cricket return to Pakistan after a long time. It must also have been a very special occasion for the seven players who were playing in front of their home crowd for the first time. To top it all, the cricket played was of a high quality and the matches were very competitive too. The fans thoroughly enjoyed the experience and the support and the behaviour of the crowd was amazing to see as well.”

He further stated, “To be honest, watching cricket being played on our home grounds cannot be described in words. Our people finally got to watch their stars perform on home soil and it must have been a great occasion for the youngsters in the audience as well as it’s one thing to watch your team play on television and a completely different experience for the youngsters to watch their heroes play in real life. All this bodes well for Pakistan and if we can get a few more home series like these in the future then we should see a significant improvement in the quality of our cricket.”

He added that “the atmosphere in a home stadium with thousands of people watching and cheering the team is completely different from what we have experienced in UAE; there is simply no comparison between that. The fact is that only when you play in Lahore, Karachi or anywhere else in Pakistan, that you actually feel the home advantage which is the way it should be.”

He said that a lot of the credit for having a top-quality international side in Pakistan must go to (Chairman) Najam Sethi and the PCB.

“Our security personnel, including the Pakistan Army, Rangers and the Punjab Police must be commended for providing a high-level of security for our visitors. Thanks to the Almighty, this first hurdle of safely holding an international series has been crossed without a problem,” he said.

“We are, of course, very indebted to the international players for their effort to visit Pakistan and also for playing cricket and bringing joy to millions of Pakistan cricket followers. Their encouraging remarks about the love they got in Pakistan and the hospitality they received on their visit here were greatly appreciated by all of us. They have also said that they would like to visit Pakistan again which speaks volumes about how they felt about the whole tour. The credit goes to all the players and staff of the World XI for their visit and especially to Andy Flower who organized this team with the help of the respective cricket boards and the ICC,” he added.

He said that there should be more good news for Pakistan in the coming days as Sri Lanka may play the last T20I in Lahore and then we have been told that the West Indies will also like to play 3 T20Is in Pakistan. This means a lot for the cricket-starved fans in Pakistan and the credit for this development goes to Sri Lanka Cricket and Cricket West Indies for their cooperation with PCB on this matter. On top of that, there are plans for holding 2018 PSL games involving foreign players in different cities in Pakistan as well which is great news for cricket lovers in Pakistan. All in all, these developments point to some great times ahead for Pakistan cricket and its fans as well as for the country as a whole. 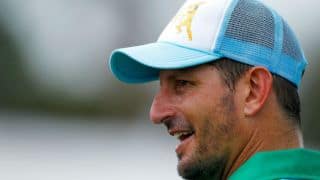 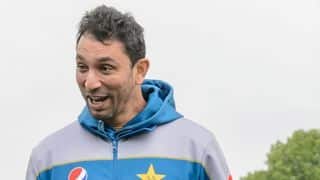