Azhar Mahmood also believes that it is important for the national team, which recently lost the ODI series to New Zealand 0-5, to learn from their mistakes.

Islamabad: Pakistan bowling coach Azhar Mahmood believes that it is important for the national team, which recently lost the ODI series to New Zealand 0-5, to learn from their mistakes and not repeat them again. In his latest exclusive blog for PakPassion.net, Mahmood writes about the positives from the tour of New Zealand despite the disappointment of losing the ODI series, the reasons for limiting league participation for Pakistan players, and hopes for a better show for the Karachi Kings this year in Pakistan Super League (PSL) 3.

“It goes without saying that a 5-0 defeat is a disappointment regardless of whichever format it happens in or who the opposition is. Whilst we lost 6 matches in a row, I was really impressed by the way we fought back in the T20I series. The victory in the T20I series shows the character and mindset of our side which is a huge positive and a very encouraging sign for us. Having said that, it is also important that we must recognize that our batting has always struggled in New Zealand. Our bowlers, some of who were touring New Zealand for the first time, found it tough to adjust to the bowling conditions there. Strong winds were a problem for our bowlers, but I would still give them immense credit for making an effort to adjust to local conditions there,” Mahmood pens.

The 42-year-old notes it is important for Pakistan to learn from their mistakes and improve for the future.”What we need to focus on is the fact that we made mistakes and we need to work on those problems and reduce those types of problems in the future. We have a tough tour of England coming up where we will play Test matches and after that we have to play against Zimbabwe and South Africa, followed by the 2019 World Cup. All these tours will be in places which will be far different from the Asian or sub-continental conditions we are used to. We will have to do our homework and preparations to make sure that we succeed away from home. Especially, our batsmen will need to think ‘out of the box’ in order to utilize their skills and score runs in overseas conditions,” Mahmood writes.

He, however, expects a better performance from his top-order batsmen.”Unfortunately, the same cannot be said about our batsmen as none of our top-order batsmen could make any significant scores during the ODI series. If the top five or six batsmen do not score runs then you will always struggle as a team, regardless of the courage shown by the younger batsmen at the seven, eight, nine type positions which is a positive sign for us in the future,” Mahmood adds.

Mahmood also believes that poor preparation for the tour and fatigue is to be blamed for the performance of the team.”The facts are that when we talk of preparations for this tour, we had players who were coming in after playing T10 cricket which wasn’t ideal. On top of that, we lost the services of Usman Khan Shinwari and Junaid Khan due to injuries, whilst Mohammad Aamer and Hasan Ali were also carrying niggles as they went into this tour. I will add that if one plays so much cricket, then regardless of age, one’s body will find it difficult to cope with such stresses and your fitness-levels inevitably suffer as well. Despite the players trying their best to make sure that they play with the same intensity, the problem is that you cannot bear a load of international cricket whilst carrying niggles and suffering from fatigue,” he says.

He also lauded Pakistan Cricket Board’s (PCB) decision to limit league participation by Pakistan players. “We have had some discussions on this topic with the team management, the PCB, as well as Inzamam-ul-Haq to ensure that in the future, we will hold off from giving permission to the players to play in every other league. Priority in such cases must be given to the right type of preparation for any upcoming Pakistan tours as service to our country takes precedence over all other considerations. Of course, we do not want the players to suffer financially by missing out from playing in foreign leagues but that must not happen at the expense of loss of their fitness when it comes to Pakistan games.”

“They need to return for international cricket duties in the same shape as they left us during the previous series. Them playing league cricket is of no real benefit to Pakistan and the situation becomes worse if the player picks an injury whilst playing in such leagues. These are all professional players and they all have a desire to play for Pakistan which is why they must realise that whilst they can get some short-term financial benefit by playing in leagues, they will find it difficult to sustain an international career in the long-run,” he writes.

Mahmood, who is also the assistant coach of the Karachi Kings, hopes for a better show in PSL 3.”Our squad is looking very good for the upcoming PSL 3 although we have lost some of the players we picked during the initial draft and had to find replacements which are also good in their own right. If we take the example of Joe Denly, he played well in BBL 7 for Sydney Sixers and ended up with the highest batting average for his team and is an extremely useful player.”

“Then Colin Ingram who played for Adelaide Strikers also ended up with good scores for his side. Tymal Mills who is Mitchell Johnson’s replacement is an exciting player too. Apart from the foreign contingent in the Karachi squad, we have the local boys in the shape of Mohammad Amir and Babar Azam who are in good form now. With the squad we have, hopefully, we will produce better results in this year’s PSL,” he concludes. 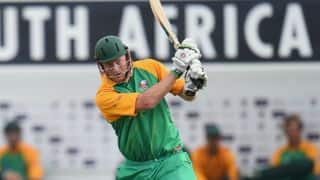 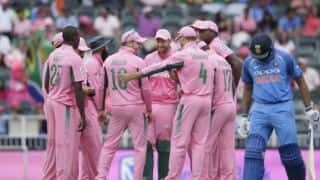