After acing the limited-overs template, Pakistan’s ace batsman Babar Azam has replicated his success in the longer format as well as he broke into the top five of the ICC Test batting rankings on Wednesday. Babar played a sensational career-best knock of 143 against Bangladesh in the first Test in Rawalpindi to guide his team to an innings victory. Courtesy his top effort in the versus Bangladesh, he has moved up the ladder in the latest Test rankings rolled out by ICC.

With his promotion, the 25-year-old Babar became the only batsman to feature in the top five batsmen list across all three formats. He holds the numero uno position in T20Is, whereas he sits at the third spot in one-day internationals.

In the top-ten, Warner and Cheteshwar Pujara slipped to sixth and seventh spot respectively after falling one spot each. Ajinkya Rahane is the third Indian batsmen to feature in the top ten list. He is at the ninth spot. England’s Joe Root and Ben Stokes are at eighth and tenth spot respectively.

These rankings are issued after the conclusion of the Test between Pakistan and Bangladesh. After losing the three-match ODI series against New Zealand 3-0, India will take on Kiwis in the two Tests starting from February 21 in Auckland. 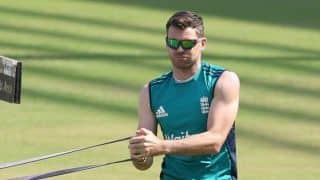