Pakistan’s premier batsman Babar Azam is set to be named captain of the national ODI squad after having already replaced wicketkeeper-batsman Sarfaraz Ahmed as skipper in the T20 format. The Pakistan Cricket Board (PCB) in October had dropped Sarfaraz from the Test and T20 squads in a surprise decision while naming Azhar Ali as captain in the longer format and Babar for the shorter version.

But the PCB didn’t name a captain for the ODI format as Pakistan’s next 50-over assignment will be one-off match against Bangladesh on April 3 here. Critics, however, pointed out that any decision to replace Sarfaraz as captain in ODI format is not going to be easy as the wicketkeeper-batsman led Pakistan to six straight wins last year starting with the World Cup league stage matches.

“Sarfaraz has also performed well as a batsman and keeper in a 50-overs format having played with a batting average of around 32 and kept well last year,” a critic said.

Sarfaraz’s biggest achievement as ODI captain was to lead Pakistan to the 2017 ICC Champions Trophy title that too after defeating arch-rivals India in the final.

The Board and selectors have already faced some criticism over replacing Sarfaraz as captain and also dropping him as a player after he took Pakistan to the world number one ranking in this format.

“There is no way the PCB or selectors can now justify not keeping Sarfaraz in the ODI team or replacing him with Babar Azam. It would be great injustice with a fine captain and a player,” former chief selector and head coach Mohsin Khan said.

He said it was acceptable to change Sarfaraz as captain in Test cricket but not to drop him as a player for the Test and T20 formats.

“There was pressure on Sarfaraz as captain for all three formats but he is still the ideal choice for the white-ball formats,” Khan said.

Former Test batsman Ramiz Raja noted that given Babar’s status as being the number one batsman for Pakistan in all three formats, he appeared to be the logical choice to lead in ODIs.

The head coach and chief selector Misbah-ul-Haq and the two captains have repeatedly said that if Sarfaraz performed well in domestic cricket, including the Pakistan Super League he can make a comeback into the national team. 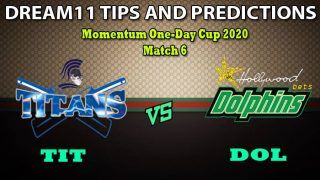