He has nothing in common with Virat Kohli but that does not stop Pakistan's Babar Azam from aspiring to be as successful a performer as the Indian captain.

Lahore: He has nothing in common with Virat Kohli but that does not stop Pakistan‘s rising batting talent Babar Azam from aspiring to be as successful a performer as the Indian captain. Speaking to reporters, Azam, who is part of the Pakistan training camp for the limited-overs series in West Indies, said he dreams of attaining the success that Kohli has achieved. “I don’t play like him, our styles are different. But I would also like to be as successful a performer like Virat Kohli is for his team,” Azam said. “I want to contribute to my team’s good performances. I want to score when most required. I still have a long way to go but I know what my direction is,” he added. Mickey Arthur: Babar Azam as good as Virat Kohli

The 22-year old has an impressive average of 53 in 23 one-dayers with four centuries and a batting average 116 in four T20 internationals besides the experience of playing four Tests. Azam said he is preparing to grab the opportunities that will come his way as and when senior batsmen such as Misbah-ul-Haq and Younis Khan retire. “I am starting out and I have a lot to learn still. I am ready to bat anywhere for the team. But I do take inspiration from some world class performers,” he said. Pakistan’s head coach Mickey Arthur has compared the Azam’s talent with Kohli. 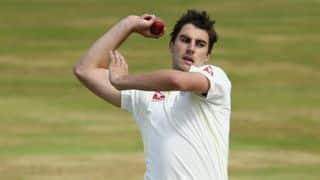 Pat Cummins: Did not think Test recall was going to happen this quickly 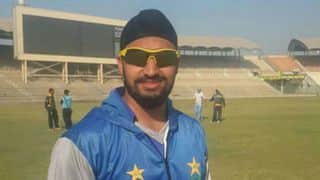