Heavy sanctions on Smith, Warner and Bancroft is expected to be disclosed on Wednesday night.

After the initial round of investigation, Cricket Australia‘s CEO James Sutherland, addressed the press on the ball-tampering row. In the conference he announced Steven Smith, David Warner and Cameron Bancroft would be sent back home from South Africa. As opposed to the rumours of Darren Lehmann stepping down as Australia‘s coach, he would continue to stay around. In fact, Lehmann was not aware of the wrongdoings by Warner, Smith and Bancroft. As replacement for Smith, Warner and Bancroft, Glenn Maxwell, Joe Burns and Matt Renshaw have been called in for the 4th Test. Tim Paine has been officially named the Test captain.

Heavy sanctions on Smith, Warner and Bancroft is expected to be disclosed on Wednesday night. Here is the transcript of Sutherland’s press conference:

I would like to provide you with a further update on the situation with the Australian Men s Cricket Team. We appreciate the concern you have regarding this situation and we wanted to ensure that you received this news directly from us.

I have recently concluded a meeting with the Cricket Australia Board in which we discussed the findings to date of the investigation into the incident in Cape Town. The initial outcomes and actions are as follows:

– Steven Smith, David Warner and Cameron Bancroft have been officially reported for breaching Cricket Australia s Code of Conduct and will depart the squad immediately.

– The preliminary findings have confirmed that prior knowledge of the incident in Cape Town was confined to only the three players reported.

– Sanctions are expected to be announced within the next 24 hours.

– Tim Paine has been endorsed as Captain of the Australian Men s Test Team.

-Matthew Renshaw, Glenn Maxwell and Joe Burns will fly to Johannesburg today to join the squad for the Fourth Test against South Africa.

– In addition to sanctions for the individuals involved, Cricket Australia will initiate an independent review into the conduct and culture of our Australian men s teams. The review will be an important step in rebuilding and restoring your pride in our Men s teams.

– Our teams have a responsibility as role models to ensure they uphold the values Australians expect, and to inspire us through the way they play.

Further, the health and welfare of our players and other staff is of the utmost priority. The Team Psychologist is with the team and providing support, while a number of players and staff have family and friends with them in South Africa.

The last few days have provided the strongest of indications of the passion Australians have for cricket and the Australian Men s Team. Fans have provided a consistent voice regarding their expectations and we have been listening. We greatly value the feedback we receive from the Australian Cricket Family and will take the necessary steps to address your concerns. 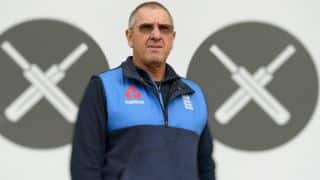 Trevor Bayliss on ball-tampering row: As an Australian I am embarrassed 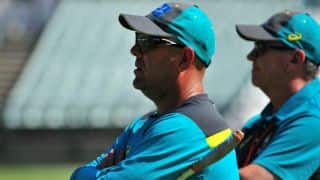