Cricket Australia had a torrid time in March during the national side’s South Africa tour. In the penultimate Test between Australia and South Africa at Cape Town, Australia’s skipper and his deputy, Steven Smith and David Warner respectively, along with opener Cameron Bancroft were involved in ball-tampering scandal. The controversy rocked the cricketing fraternity, and everyone had a judgement on the trio’s wrongdoings. While Warner and Smith cried and confessed their ‘wrong deeds’ in the press conference, Australia veteran all-rounder Moises Henriques has a new angle to the whole saga.

Henriques came out in the open and suggested that he does not support the act, but certainly finds a “selfless deed” in the entire fiasco.

“I m not condoning ball tampering at any stage but I m just saying this to hold a slightly different perspective. It s not okay to cheat or ball tamper, but to realise that David doesn t ball tamper so he scores more runs, he doesn t do it for his own personal statistical gain, or whatever it was, and Bancroft is the same. It s the batters that are all involved here and they re not cheating for themselves and they re not breaking their rules for their own personal statistical gain so they can average 50 instead of 40 or whatever it might be.

They re doing it for the bowlers. They did the wrong thing but they re trying to do it so the team wins. They re not fixing a match where they re purposely losing the game for their own financial gain or anything like that. I think there is a bit of grey area in terms of the character of these people. They ve broken the rules, been punished, and so they should be. Some of the comments about their character are a little bit out of line,” stated the 31-year-old.

Dave Warner was the player s most vocal voice during MOU negotiations, copping it from many. Now, caught ball tampering trying to selflessly advantage the fast bowling unit – not for his own stats or personal gain. Rightly punished… but he s a team man.

At the end of the day, it s not my place to pass judgements. They ve been punished and judged enough. However I felt as a mate the least I could do is bring to light a slightly more empathetic perspective to their situation. Of course there is bias and I don t apologise for it.

The ball-tampering scandal irked every cricket fan, including me. I have always admired Cricket Australia’s aggressive nature and “winning habit.” It used to get the better of me as well, but never did I imagine Australia to be so desperate for victory and indulge in ball-tampering. Having said that, these incidents have occurred before, and even the greats of the game have been fined. Warner, Bancroft and Smith made a huge error of judgement, but should be praised for accepting all charges. In addition, coming to Henriques’ claims, he is obviously defending his countrymen but if you read it again, he hasn’t made a completely “bizarre” comment. A mistake is a mistake, but the tainted Australian trio went overboard for “winning” and not purposely “losing.”

Henriques is sure to be trolled for this though! 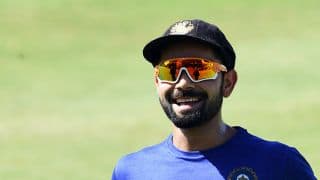 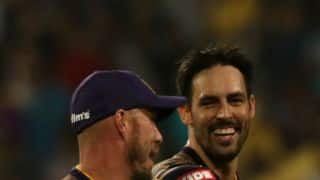