James Sutherland expressed sympathy for Steven Smith, David Warner and Cameron Bancroft, who have been facing bans for their involvement in ball-tampering scandal.

Speaking of head coach Darren Lehmann, who announced his resignation just hours ago, Sutherland said he had a terrific work ethic and he genuinely cared for his players. “Darren Lehmann has provided fantastic service and been part of a successful team that won a World Cup and a couple of Ashes. His work ethic has been terrific and he genuinely cares for and loves his players.”

Sutherland further expressed sympathy for Smith, David Warner and Cameron Bancroft, who have been facing bans for their involvement in the ball-tampering scandal. However, he said that he has not yet watched Smith’s media conference where he broke into tears while apologising for orchestrating the act. “I haven’t seen Steven Smith’s press conference but I have had a lot of messages and will watch it,” he said. “I know how sad and remorseful he is. Our hearts go out to the three suspended players right now,” he said. 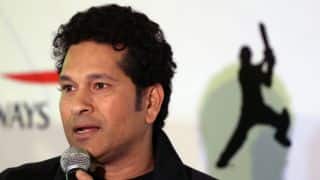