The CAB on Sunday made it official that Raman would not be available for the upcoming season to complete his four-year term.

Ganguly further said that they would pick the new coach by next week with 1983 World Cup-winning member Balwinder Singh Sandhu, former Bengal captain and India cricketer Ashok Malhotra and Saurashtra coach Debu Mitra in the fray.

“We will pick our new coach from among the three. Sandhu has sent his CV. Actually, we were waiting for Raman’s call and now we’ll announce the new coach by next week,” Ganguly added.

Raman, incidentally, was to arrive in the city for a meeting with interim BCCI President Jagmohan Dalmiya but the former India opener did not turn up.

Raman is all set to return to Tamil Nadu Cricket Association who had earlier made a request to the CAB to release the former left-handed batsman. 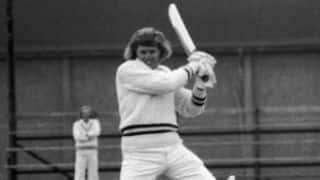 Barry Richards: A tale of a sublime career that bloomed unseen