The Mumbai Cricket Association (MCA) has said its decision to impose a three-year ban on Mumbai Under-16 captain Musheer Khan for indulging in an obscene behaviour would act as a deterrent for other players.

Musheer Khan invited the ban after his team-mates had complained to the Mumbai cricket body that he had indulged in an “obscene behaviour” on the sidelines of Vijay Merchant quarter-final game in Andhra Pradesh in December.

Musheer Khan is the younger brother of Sarfaraz Khan, who has represented India in U-19 team and also played for the Royal Challengers Bangalore in the Indian Premier League.

“The ban handed over to Musheer would act as a deterrent for other players, who would think multiple times before indulging in any such actions,” a senior MCA official told PTI on Friday.

According to the official, following the ban, the junior Khan cannot play for any team in Mumbai till 2022.

Meanwhile, welcoming the action against the Mumbai U- 16 skipper, the secretary of a well-known club affiliated to the MCA said the cricket body was right in taking such a step.

“I feel the MCA for the first-time has set a right precedent. Such a precedent was required or else anyone will go scot-free with anything.

“What the Under-16 captain has done, now nobody will try to do the same thing (in the future),” said the secretary of the South Mumbai-based club who did not wish to be named.

A former Mumbai and India speedster said decorum is needed when one plays for a team like Mumbai. “Not only the players of his age group, but even the Ranji Trophy players would think before indulging in any such act now,” the pacer, who is on a committee of the MCA, said on condition of anonymity. 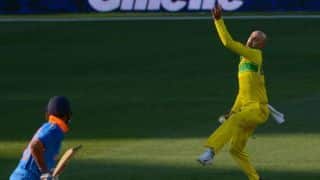 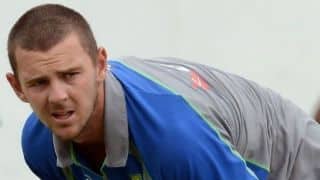