Thailand have created history by making the cut for the ICC Women's T20 World Cup in Australia next year.

Thailand have created history by making the cut for the ICC Women’s T20 World Cup in Australia next year, their first ever global event. They sealed their spot beating Papua New Guinea by eight wickets in Dundee on Thursday.

Bangladesh sealed the other available spot, edging past Ireland in a low-scoring thriller at Forthill.

PNG were kept to 67/7 after opting to bat in the second semi-final of the ICC Women’s T20 World Cup Qualifier 2019. Only three of their batters registered scores in the double-digits with Kaia Arua’s unbeaten not out their top-score.

In reply, Thailand chased down the target with eight wickets to spare in 17.3 overs. Naruemol Chaiwai top-scored for them with 32 off 40.

The other semi-final turned out to be a close affair. Fahima Khatun took 3/18 as Ireland were skittled for 85 in 20 overs. Eimear Richardson (25) and captain Laura Delany (25) did the bulk of scoring and had it not been for their 30-run stand, Ireland would have been bowled out for a much lower total.

Their bowlers however mad a contest out of it with Orla Prendergast taking 2/11. However, Sanjida Islam’s calm innings, 32 not out off 37, ensured the target was achieved in 18.3 overs at the loss of six wickets.

Bangladesh, who are ninth in Women’s T20I rankings, and Thailand have sealed their places in the 10-team tournament that starts from February 21 in Sydney.

The final of the qualifier will be played on September 07 and will decide the placings of the two teams in either Group A or Group B for the world cup. 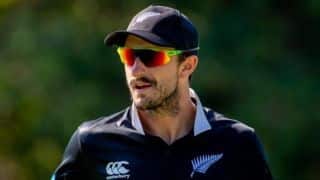